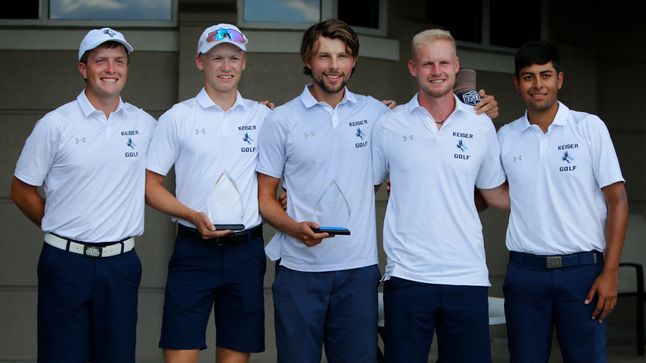 NORMAN, Okla. - Fresh off their 14-stroke victory at the 2022 SEU Fall Invitational, Keiser remains at No.1 in the October 28 Bushnell/Golfweek NAIA Coaches Poll. The Seahawks received seven first-place votes and 283 points in the process.