Capan (6/7/17): Today we all started the day in five different cities. I know that we were all ready for the next few days of heavy travel but still excited to get to Japan. We all flew into Los Angeles in the afternoon and met up with the coaches and our other teammates. After everyone had their bags and were ready to go, we headed to our hotel just 10 minutes away. We all checked into our rooms and got somewhat settled, knowing we would have to leave the next morning. We all found ourselves unbelievably hungry and we decided that we would go to Buffalo Wild Wings and watch Game 3 of the NBA Finals. I think we all thought that it would be super busy because of the big game and when we got there, it was a 1.5 hour wait! After consulting, we ordered 150 wings to go with a range of flavors. Once we got back to the hotel, the wings didn't last long. We all sat in the lobby watching the game, and talking about the trip. All of us were fairly tired after a long day and went to bed after the Warriors came up clutch and won Game 3.

Papp (6/9/17): Hello! This is Kaitlyn Papp from Team USA! This is my second time playing in the Toyota World Junior Cup and I'm so happy to be back! Any time you represent your country it is a huge honor, especially in a country so far away from home, like Japan. In addition to playing golf here, coming to Japan brings back childhood memories, as I used to live in Okinawa, Japan when I was little. My family and I were stationed on an American military base there, so I got to experience a lot of the Japanese culture at an early age. At the age of 6, I picked up a golf club for the first time while living in Japan, so being here at 18 years old and representing the U.S. is very special. So far on our trip, we have visited a junior high school and got to experience and participate in different events such as dancing, archery, and kendo. The kids were super nice and truly a joy to be around.

Today, we are going to play in the Junior Am with a fellow competitor and some sponsors! One of the best parts of this day is being in a golf cart that drives itself! It is controlled by the caddie who uses a remote to make it stop or go. This is great fun but also another opportunity to learn the course and prepare for the tournament! I hope y'all enjoyed my thoughts on the trip so far and my other teammates will share their experiences over the next few days! Go USA!

Vick (6/10/17): We had another amazing day here in Japan. It all started with waking up at an earlier time than expected. We woke up at 4 am thinking it was 10 am. That's alright because we are still adjusting to the different time zone. Anyway, at 7 am we had a Japanese breakfast consisting mainly of rice, sushi, and orange juice. After that, we headed to the buses which took us to a Japanese middle school consisting of students between the ages of 13 and 15, both female and male. We were greeted with the students and teachers forming a tunnel and clapping as we walked by. Before entering the main facility we took our shoes off, because it is Japanese tradition to take your shoes off to show respect. While we were there we spent a good portion of the day getting to see “a day in the life" of a Japanese middle school student. They showed us how to shoot a bow and arrows, fight with bamboo sticks, and dance to their school song. As we were leaving the kids huddled around our bus waving good bye and yelling, making us feel so special. The bus headed to the course where we would play a quick nine and try to get comfortable with the course. After that, we went back to the hotel and tried to find some American food because we were definitely a little tired of the Japanese food. After dinner, we tried to get some rest because the bus leaves at 5:50 tomorrow for another busy day in Japan.

Migliaccio (6/11/17): Hi this is Emilia Migliaccio representing the United States of America! This is my first time representing the U.S. and it's such an honor to be here. Yesterday I was only able to play four holes, so today I was very excited to see the rest of the course because the views are absolutely breathtaking. My favorite parts about the course are the escalators and the automatic golf carts!

Today we played with two sponsors and another player from the tournament. I played with a girl named Valery who is representing Colombia for the first time. I really enjoyed playing with her and the sponsors and conversing with them. One thing that is different in Japan than in the states is that we take a lunch break after nine holes. As a group, we did pretty well and shot nine under, but one group went extremely low with a twenty-two under!

After the round, there was a long drive contest from the first tee box to the eighteenth fairway. One girl and one boy were chosen from each team. The winner for the girls was Maria who is representing Columbia. She smashed it 265 yards! Nick from Germany absolutely crushed his with a 326 yard drive! The coaches are in a meeting now and all of us are headed back to the hotel. Tomorrow we have the choice of playing nine or eighteen and then the next day the first round begins!

Abdulghany (6/12/17): My day today in Japan was very exciting and fun! After my practice round today at Chukyo Golf Club, Emilia, Kaitlyn and I were able to create a short promotional video for the tournament. We sang a small bit of the National Anthem and screamed "Go USA!" Soon after, we got back to the hotel and played some ping pong with some of the South African players and it allowed us to make new friends and connections.

In the afternoon, we were ready in our formal attire for the opening ceremony. It was very exciting and a very different experience; we heard the Chairman, the tournament's main sponsors, and other supporters talk and share their excitement for the tournament. We showed our patriotism and sportsmanship for our country and others with the uniform that we wore and by having our national anthems play during the ceremony.

Towards the end of the day, we spent some time with players from different countries at the welcome party. There we could trade pins. These pins add to the memory of the tournament. I'm so amazed by this tournament and I can't wait to play the first-round tomorrow!

Mancheno (6/13/17): Today was another great day in Japan. We woke up around 6 am and made the 7 am bus to head to the course. It's about an hour from the hotel to the golf course. Both girls and guys got off to a great start and both lead after day one. Later tonight Frankie introduced us to a Japanese candy called Hi-Choose. It's like gum but you can swallow it. There are different flavors but my personal favorite is grape.

Capan (6/14/17): We have the same morning routine as yesterday with breakfast and lunch served at the course every day. For breakfast, they serve eggs and ham with bread and orange juice. Then for lunch it's spaghetti, rice, fries, bread, and some sort of soup with chicken. We didn't play our best today but hopefully tomorrow will be different. The pins were in tricky positions on the greens which made it difficult to attack. We are still in the lead, but only by a couple of shots. I finished practicing after the round around 3.

Ramsey (6/15/17): Today we started off well but started to fade late in the day. Again, none of us played to our potential today and this time it hurt us a bit on the leaderboard. We fell from 1st to 4th. We are down six shots as a team and definitely have some ground to make up. We had a great team meeting tonight and look forward to hopefully holding the trophy tomorrow. 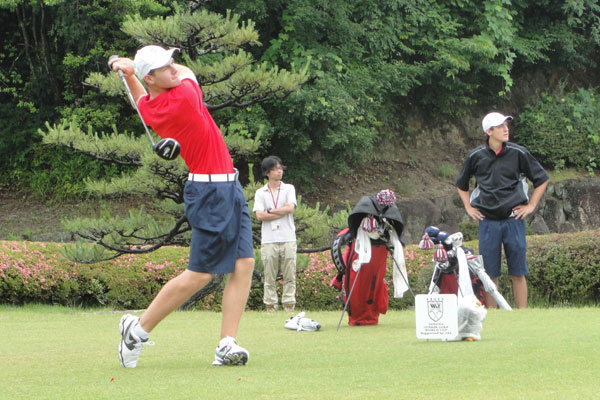 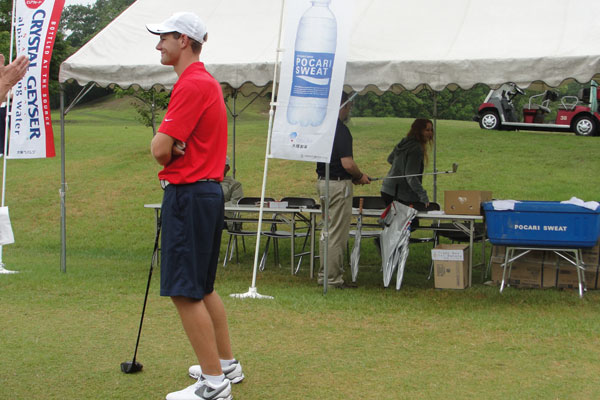 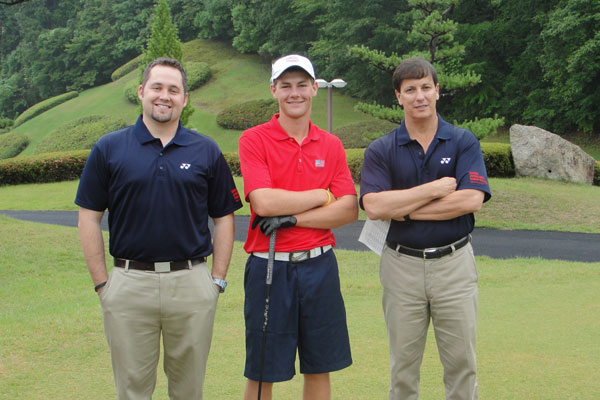 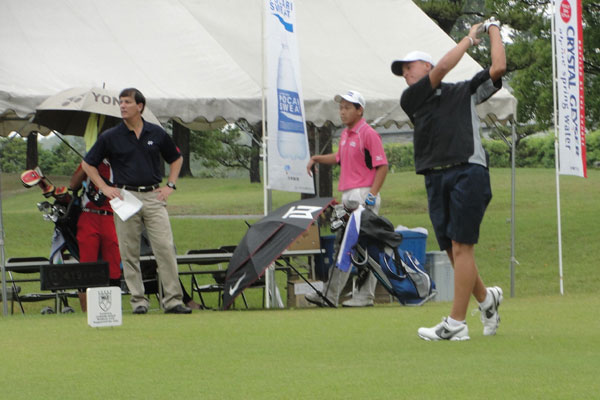 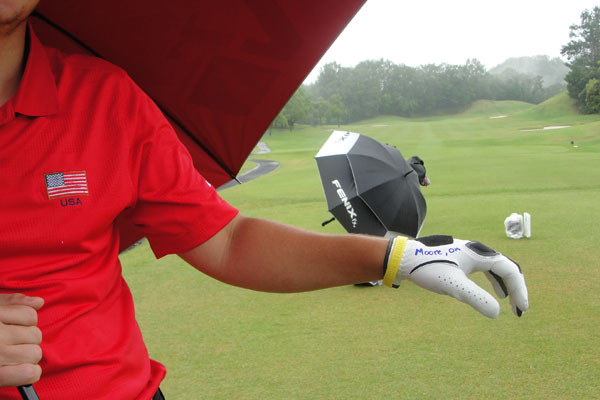 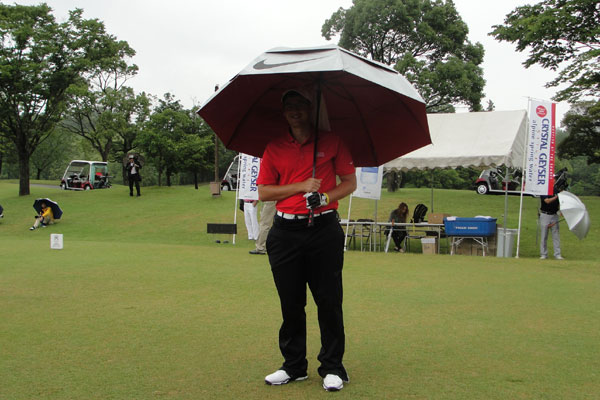 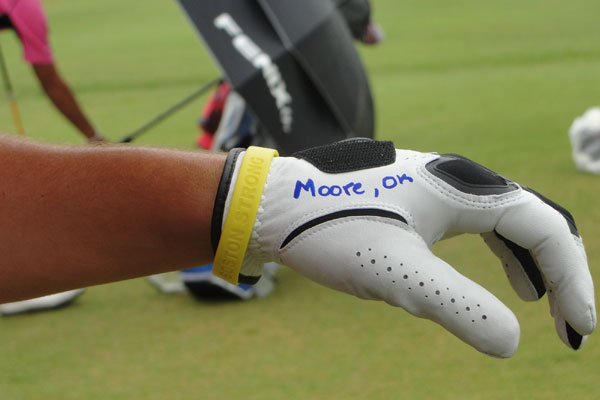 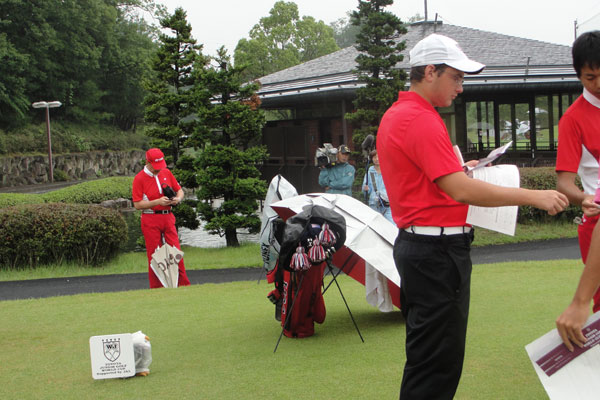 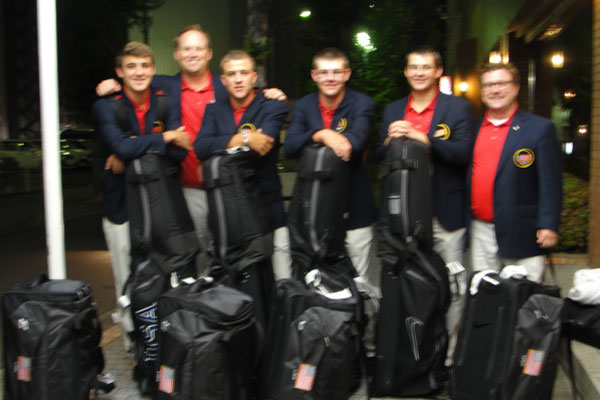 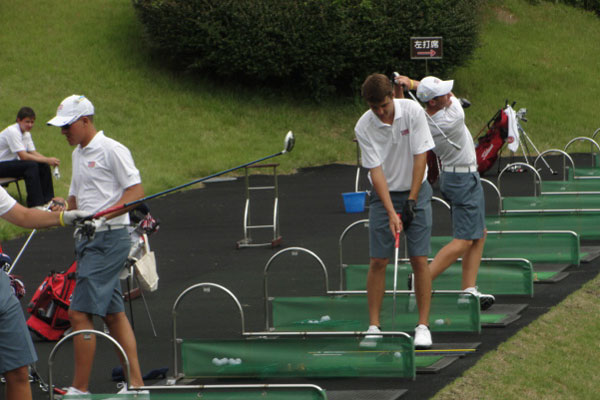 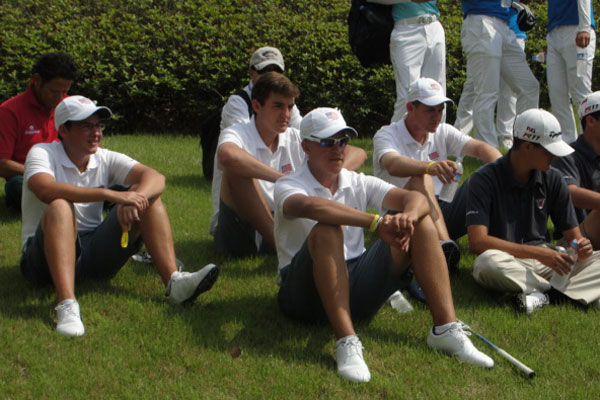 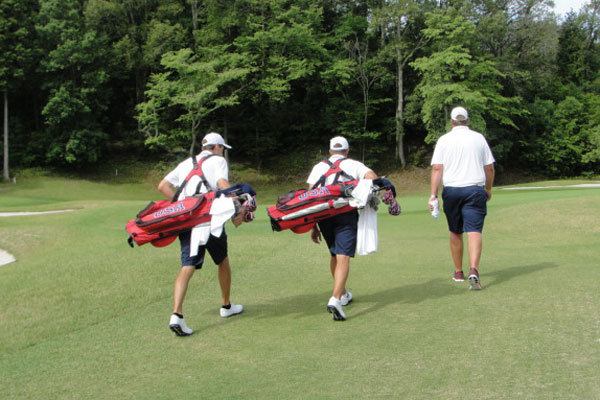 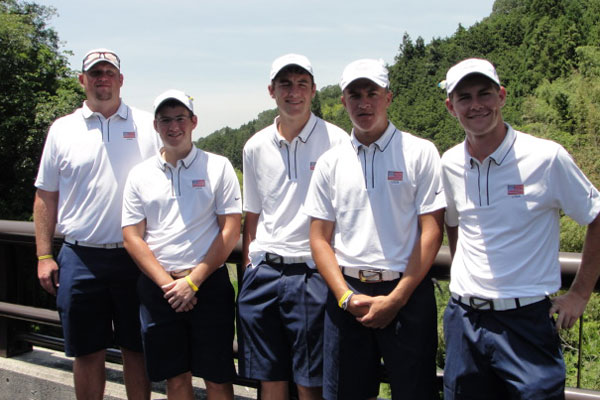 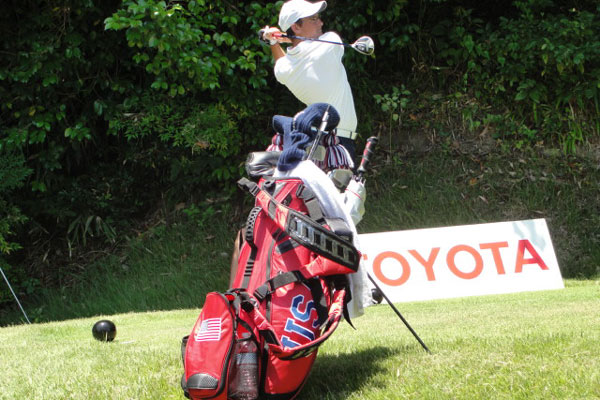 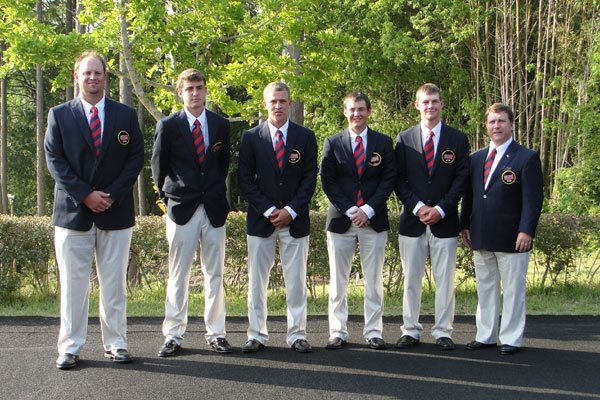 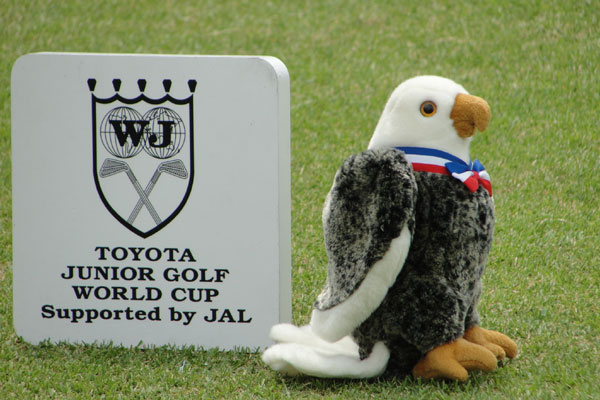 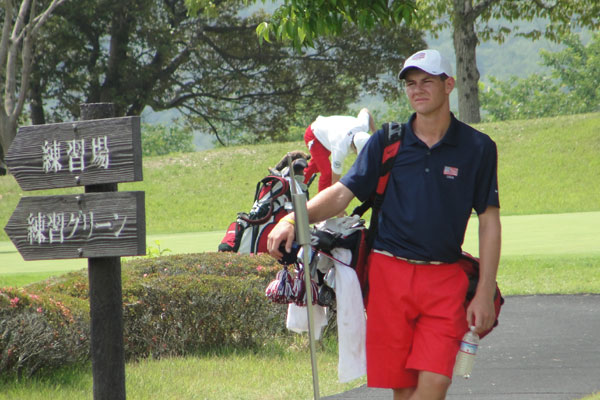 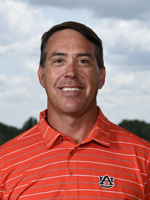 Auburn is one of four teams in the nation - Illinois, Oklahoma, and Texas the others - who have made at least seven-straight NCAA Championship appearances.

When asked what the appointment of head coach meant to him, he said: “I’m excited for the opportunity to coach Team USA in Japan at the Junior Golf World Cup,” said Clinard. “It’s an honor and a privilege to be chosen by the Golf Coaches Association of America. I’m looking forward to getting to Japan, getting to learn my guys, represent the United States and compete for a title.” 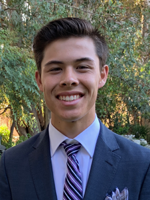 Keefer was a second-team Rolex Junior All-America selection in 2018 and played on the West Team in the Wyndham Cup. He won the 2017 AJGA Sergio and Angela Garcia Foundation Junior Championship, 2017 TJGT Texas Junior Masters, and the 2016 AJGA UA Jordan Spieth Qualifier. Keefer signed with Baylor. 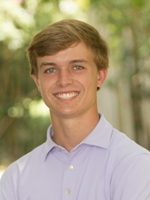 From Houston, Texas, Moll was the 2017 Junior Jones Cup Champion and was a member of the 2018 USA Junior Ryder Cup Team. He was a first-team Rolex Junior All-American in 2018 and honorable mention selection in 2017. Moll represented the West in the 2018 Wyndham Cup. He signed with Vanderbilt. 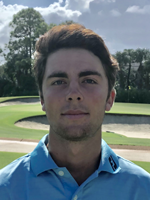 Vogelsong, a native of Palm City, Fla., was selected as the 2018 Sun Sentinel Golfer of the Year. He was a 2017 Rolex Junior Golf Honorable Mention All-America selection. An Auburn signee, Vogelsong is currently ranked #143 in the World Amateur Golf Ranking. 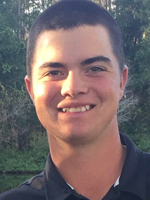 Auburn is one of four teams in the nation - Illinois, Oklahoma, and Texas the others - who have made at least seven-straight NCAA Championship appearances.

The 2019 Junior Golf World Cup will once again be held in Japan. The 27th playing of this world junior golf event brings together the best junior golfers from 16 countries around the globe to compete against each other in a team format. This year's tournament dates are June 18-21, 2019.  The championship will take place at Chukyo Golf Club in Toyota City, Japan. The course, which the championship is played on, is a Par-71 mountain course. It has been a stop on many of Japan's professional tours since its inception.

EVENTS FOR THE 2019 CHAMPIONSHIP

HISTORY OF THE CHAMPIONSHIP