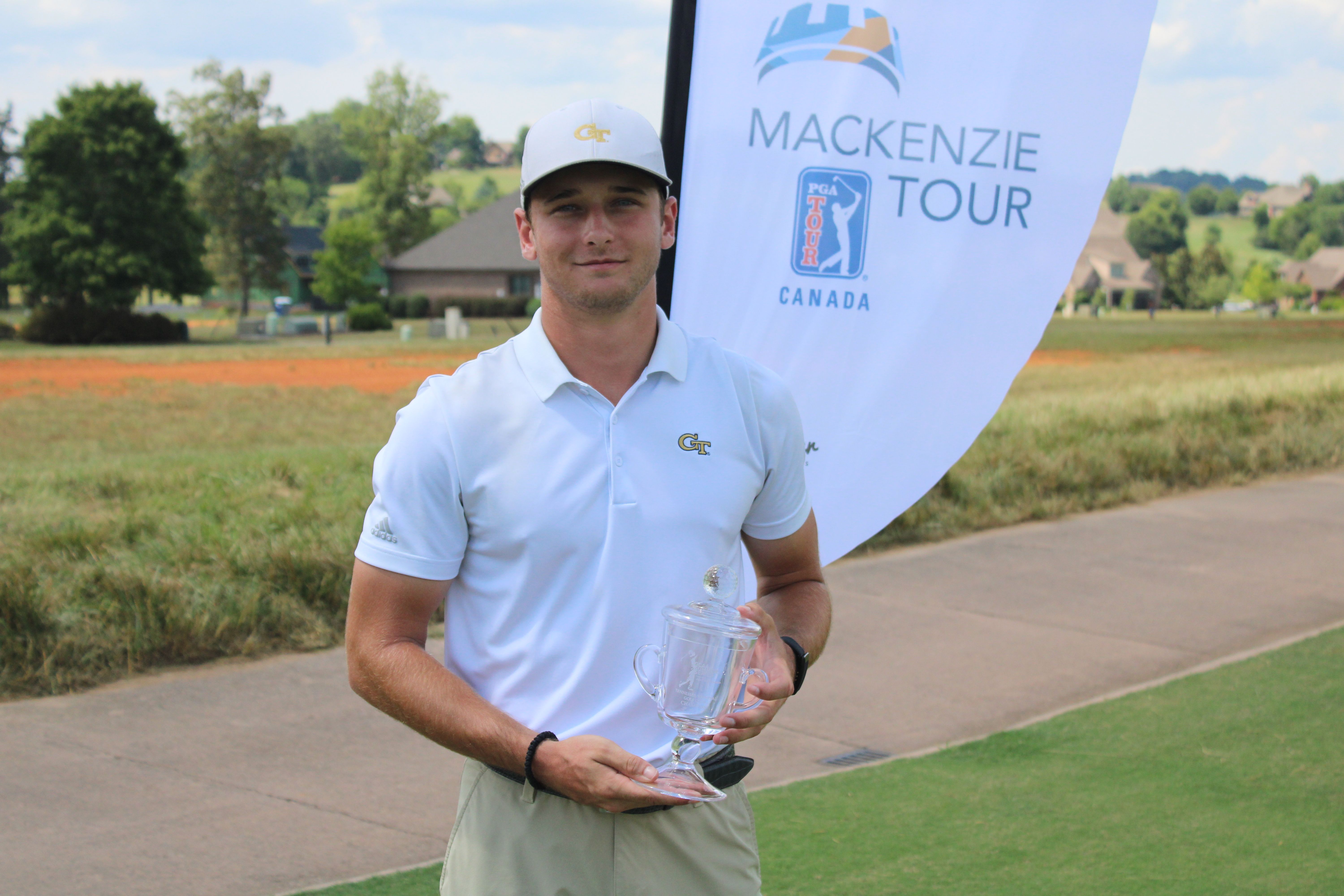 “It feels good to win," Karaulic said. "It’s been a long time and I haven’t been in contention in a while… I was lucky I got to play (Andy) Mao. It was a fun day, it feels good."

Not only was Karaulic in contention, he was on fire.

Building upon an already comfortable five-stroke lead, Karaulic carded a final round 69 to take home the trophy with a 10-shot cushion and one of three invites into the season finale at Oak Hills Country Club in San Antonio, Texas. He will be joined by teammate and third place finisher, Andy Mao (-6) and runner up Alex Easthom (-7) at the season finale.

West Liberty's Easthom was in a dog fight all day with Mao, BYU's Brock Goyen and Sonoma State's Tom Jenkins Jr. Able to shake off a four-putt on No. 11, Easthom put together a 3-under 69 to secure a solo second-place finish.