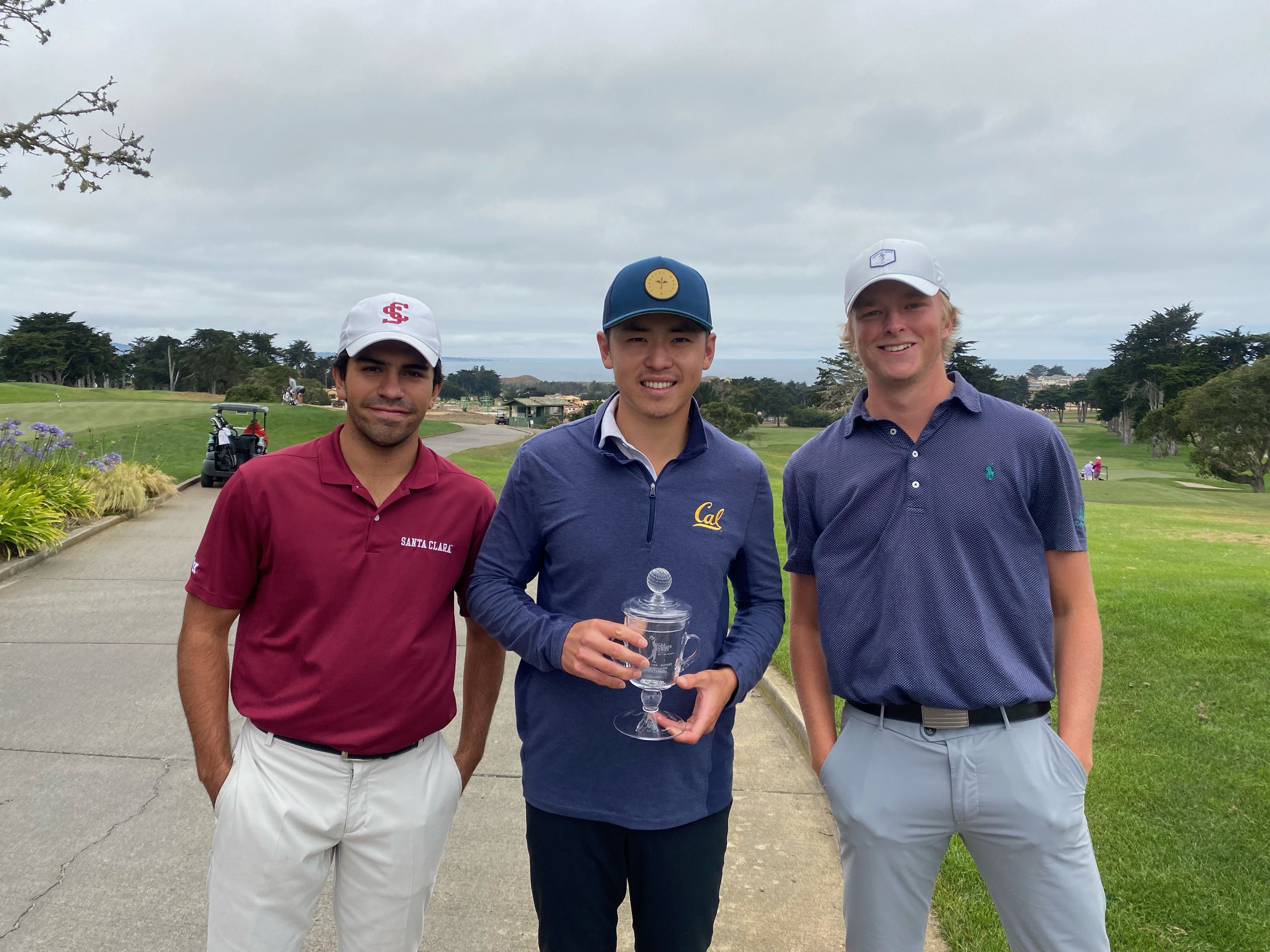 Coming off the second-best round in the field on Tuesday, California Berkeley’s James Song enter the final round of the GCAA Summer Series at Bayonet Golf Course at 2-over par, two shots behind leader Alejandro Gutierrez out of Santa Clara University.

On the first tee, Song drove his ball into the left trees, punched up left side of the fairway, hit his wedge over the green, and got up and down for par. Gutierrez drove it into the middle fairway bunker, blocked a long iron into the right trees, dropped next to the fairway bunker due to lost ball, and walked off the first green with a triple-bogey eight. With Hoekstra’s bogey six, Song gained at one stroke lead after only one hole.

He would not let anyone touch him the rest of the round.

Song managed to birdie five and eight, and with bogeys on three and nine, he finished the front nine even par on the day but with a three-stroke lead. Gutierrez followed up his triple bogey on one with dual bogeys on two and three to shoot a front nine of 5-over 41.

Song went on cruise control on the back nine. He carded eight straight pars from holes 10 to 18 to remain at 2-over par for the tournament. But Gutierrez going every other between birdies and bogeys and shooting one over in that same stretch, Song went to the final tee with a four-stroke lead over the Santa Clara rising junior.

Gutierrez finished strong birdieing the final hole to tie for second. Song shot a safe bogey on 18 to win the tournament by a relaxing two shots.

Rounding out the top three and earning an exemption into the GCAA Summer Series Championship was Tom Jenkins Jr., rising junior from Sonoma State University. Jenkins Jr. had recorded rounds of 75 and 76 the previous rounds respectively to place him in tied for fifth to start the final round.

Jenkins Jr., who was playing in his third consecutive GCAA Summer Series event, came out hot on Wednesday with birdies on one, two, and five. A late bogey on nine would put Jenkins Jr. at 5-over par at the turn, tied for Gutierrez in second place. Jenkins Jr. would stay at five over and in second place after an even par back nine with a bogey on 11 and a birdie on 16. His 2-under 70 tied the low round of the day with Chad Cliff’s 70, who finished in solo fifth.