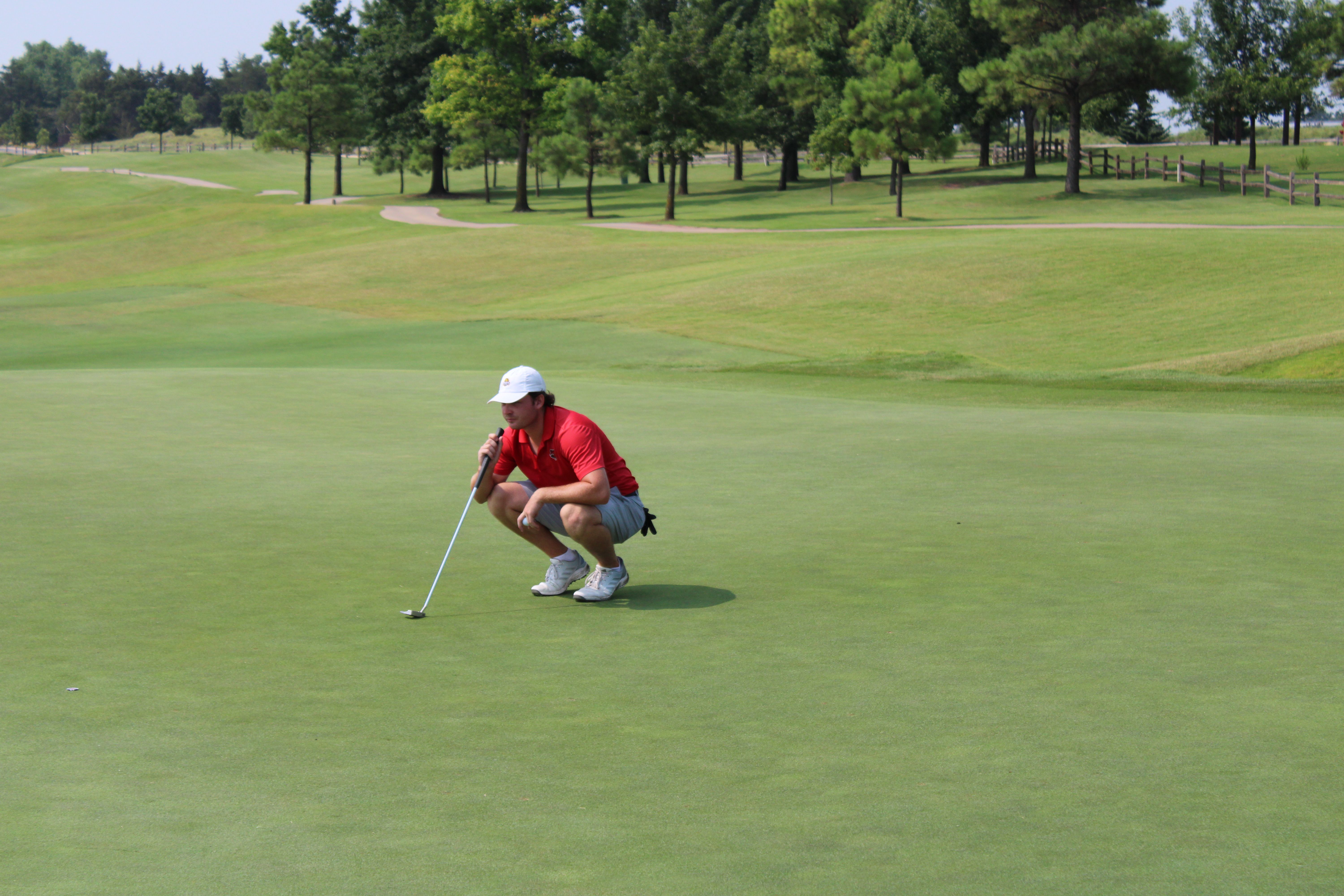 NORMAN, Okla.- Conditions were pristine at Jimmie Austin OU Golf Club for the second round of the GCAA Summer Series, presented by the John T. Reis Foundation.

Devyn Pappas, from Arkansas State, led the charge in today’s round, shooting 8-under, 64. Despite a 74 in the first round, Pappas went bogey-free in Wednesday’s round. He was dropping birdies left and right, totaling eight in the round.

Pappas looked to be in trouble after hitting into a green-side bunker on the par-5 18th hole but managed to get up and down to save par. He entered the clubhouse with the lead at 6-under.

“Ball striking was good. I holed two or three good putts. It was just a solid round,” Devyn Pappas said.

Pappas will be in the final paring tomorrow, 9:00 a.m., alongside Henry Frizzell and Brandon Shong. CLICK HERE for Final Round Tee Times.

Henry Frizzell, from Arkansas Tech, shot 3-under, 69 in today’s round, 4-under for the tournament, and is currently tied for second. Frizzell would birdie three times to finish out his round following a bogey on the par 4- 11th hole.

Turner Hosch, from Oklahoma, currently in fourth place, was 7-under in today’s round as he approached the 17th tee but would then bogey the par 4- 17th hole and double-bogey the par 5- 18th hole. Before that mishap, Hosch had an eagle and six birdies on his card.

Full Leaderboard after Round 2