GCAA Summer Series: Russell and Hare lead The Clover Classic after Round 1 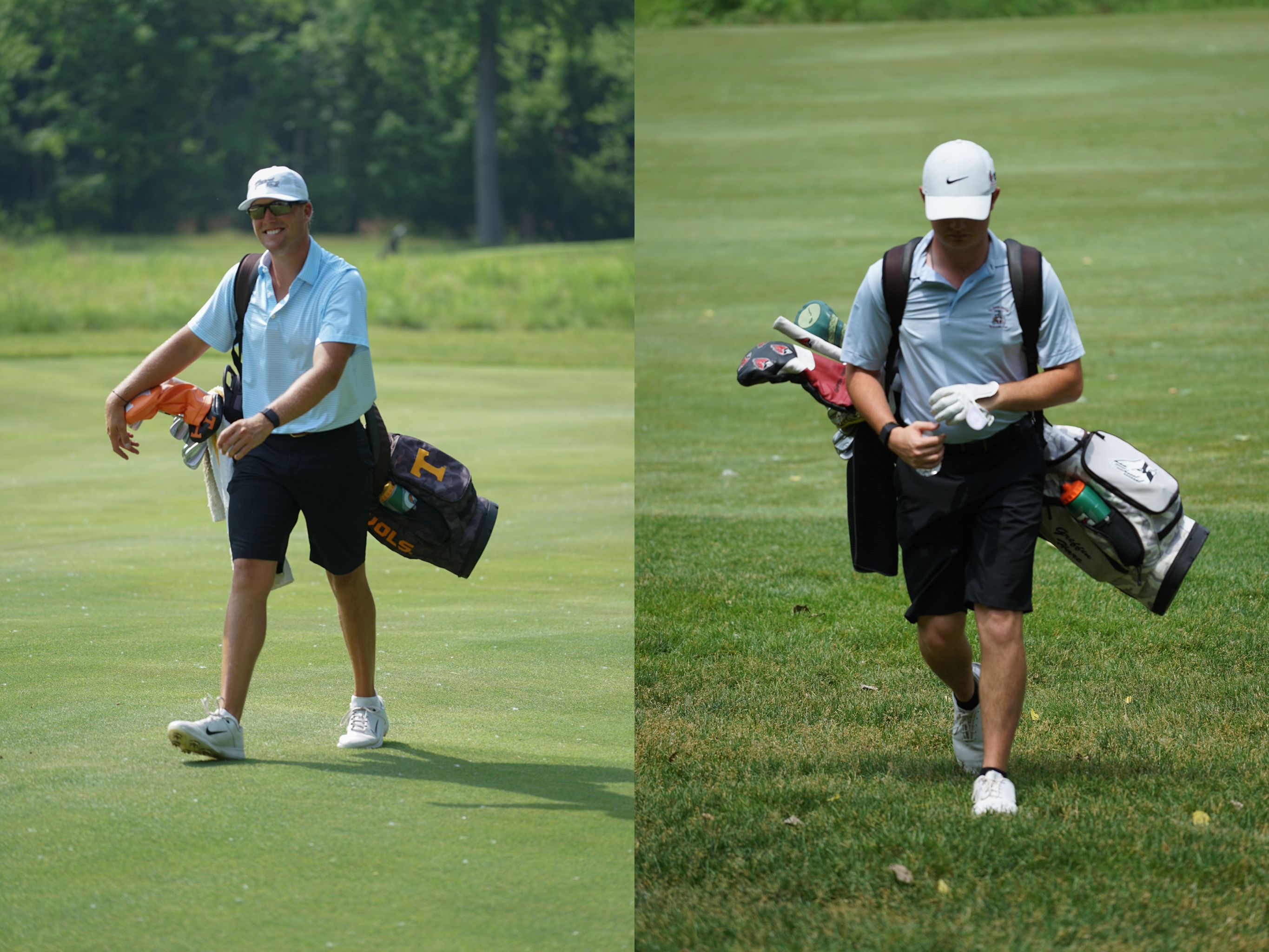 NOTRE DAME, INDIANA - The Clover Classic, one of three summer events scheduled in the GCAA Summer Series, teed off this morning at The Warren Golf Course at Notre Dame.

After 18 holes, Cade Russell, from Tennessee, and Griffin Hare, from Ball State, lead the field at 3-under par (68).

Despite making three bogeys throughout the round, Russell dropped an eagle and four birdies to help secure himself the co-lead after Day 1.

“I just drove it really well and didn’t make any mistakes. I definitely made some bogeys and hit some bad shots but that’s part of it. A routine day, take one shot at a time, as cliche as that is,” said Russell after his round of 68 on Monday.

Russell is one of five Tennessee Volunteers competing in this week’s event - Jake Hall, Lance Simpson, Trenton Johnson, and Evan Woolsey-Reed also teed it off this morning at The Clover Classic.

“It was a comfortable round playing with each other (Russell played with Simpson), just like we always do. It is always nice playing with guys you know, but even better with your teammates,” Russell said.

Griffin Hare, co-leader, was last into the clubhouse on Monday (played in the final group). His birdie on 17 helped propel himself to the co-lead. Hare bogeyed just once in his opening round.

“I was hitting the ball really well today, driving the fairway, taking advantage of the par 5’s. Played a really solid round of golf today,” said Hare after his round.

Alex Heck, William McDonald, and Josh Hebrink are all 2-under (69), tied for third.

Heck, member of the Saint Leo men’s golf program, was first into the clubhouse today, handing in his card of 69. Although he shot 1-over on the front nine, he bounced back and shot 3-under on the back.

“I think I just tried to reset (on the back-nine) and then making eagle and seeing a nice putt go in on 10 definitely helped to kickstart what was a good back-nine. My putting was really good today and my iron play allowed me to hit some shots close and get a lot of good looks at birdie,” said Alex Heck after his opening round.

Looking ahead, the weather is supposed to heat up for the final two rounds, which will make conditions even more challenging for these collegiate golfers.

For the full leaderboard and 2nd round pairings, CLICK HERE or visit GolfGenius.