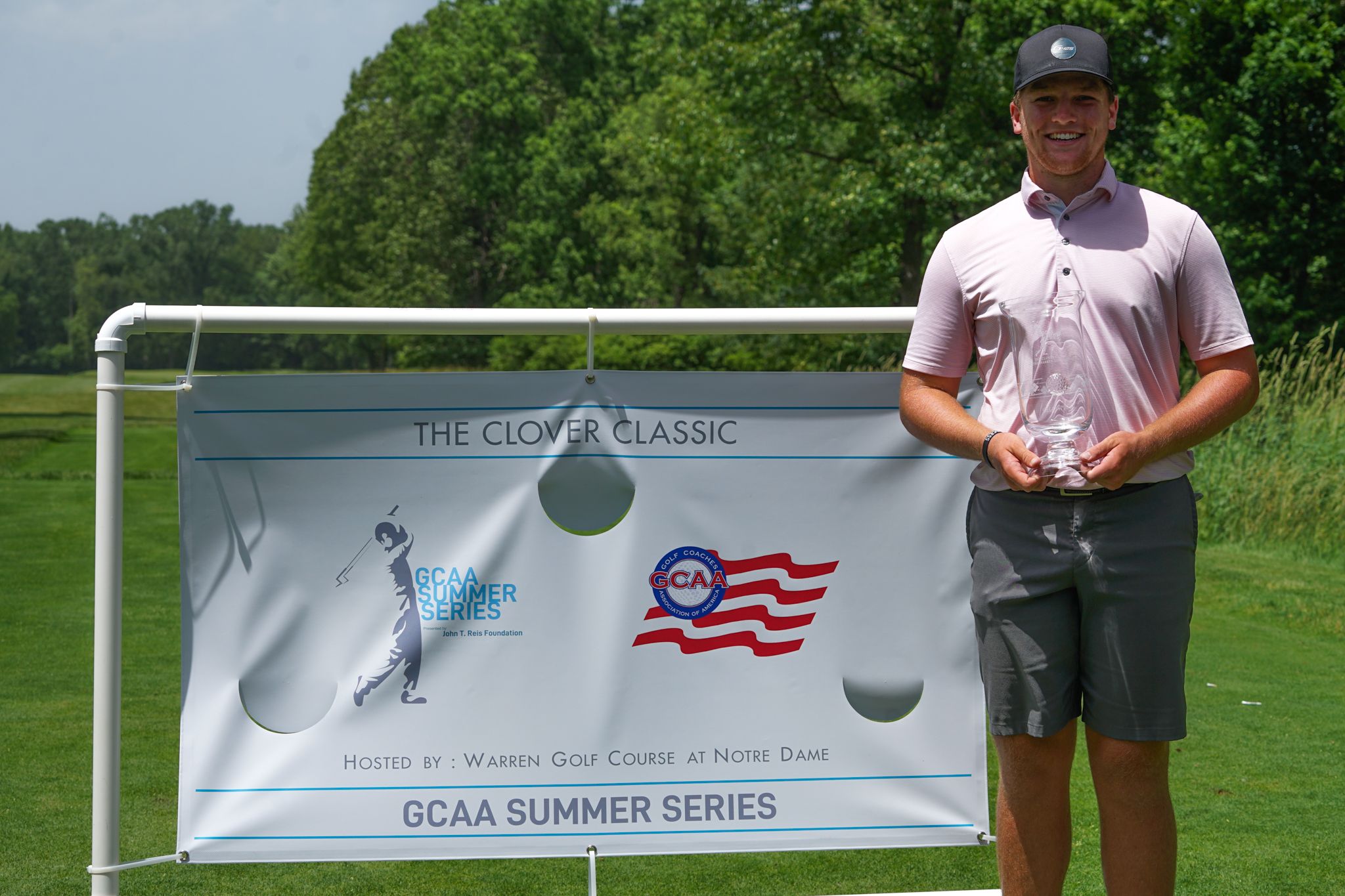 Hebrink entered the final round at 5-under par, two strokes back of the second-round leader, Cade Russell, from the University of Tennessee. Hebrink dropped four birdies on the back-nine including on the final two holes.

“I had a testy putt on 17 where I had to make sure I got it up the ridge and another testy three-footer. Then on 18, I had a downhill slider, double breaker. I told myself to trust it and it went in,” Hebrink said in his interview following his victory on Wednesday.

It was never a sure thing until the last putt dropped for Hebrink. Cade Russell made an eagle on 17, which got him to 5-under, one shot back heading to the 18th tee. William McDonald made birdie on 17 as well which tied him with Hebrink at 6-under par.

“I love competing like that. It was so fun. Just firing back with birdies against each other, it was awesome,” Hebrink said when talking about playing with Cade Russell and William McDonald.

To start his morning, Hebrink birdied the first two holes, something he hadn’t done all week. He found himself more and more comfortable with the golf course as the week went on.

“This course is amazing. I told myself to just hit the middle of the green, putt to the corners, and just stay patient because if you miss a green out here you can get in trouble real quick. If you hit the middle, you can two putt and get out of there with par and make a birdie once and a while. That’s what I did,” said Hebrink.

For the entire FINAL LEADERBOARD, CLICK HERE or visit GolfGenius.

The next GCAA Summer Series event is The Carlsbad Classic at Omni La Costa Champions Course on August 1-2. Just a week later, the series heads to Atlanta for The Peach State Invitational at Legends at Château Élan.

For more information about the GCAA Summer Series, CLICK HERE.