GCAA Summer Series: Zatorski, 7-under, leads The Carlsbad Classic heading into final round on Tuesday 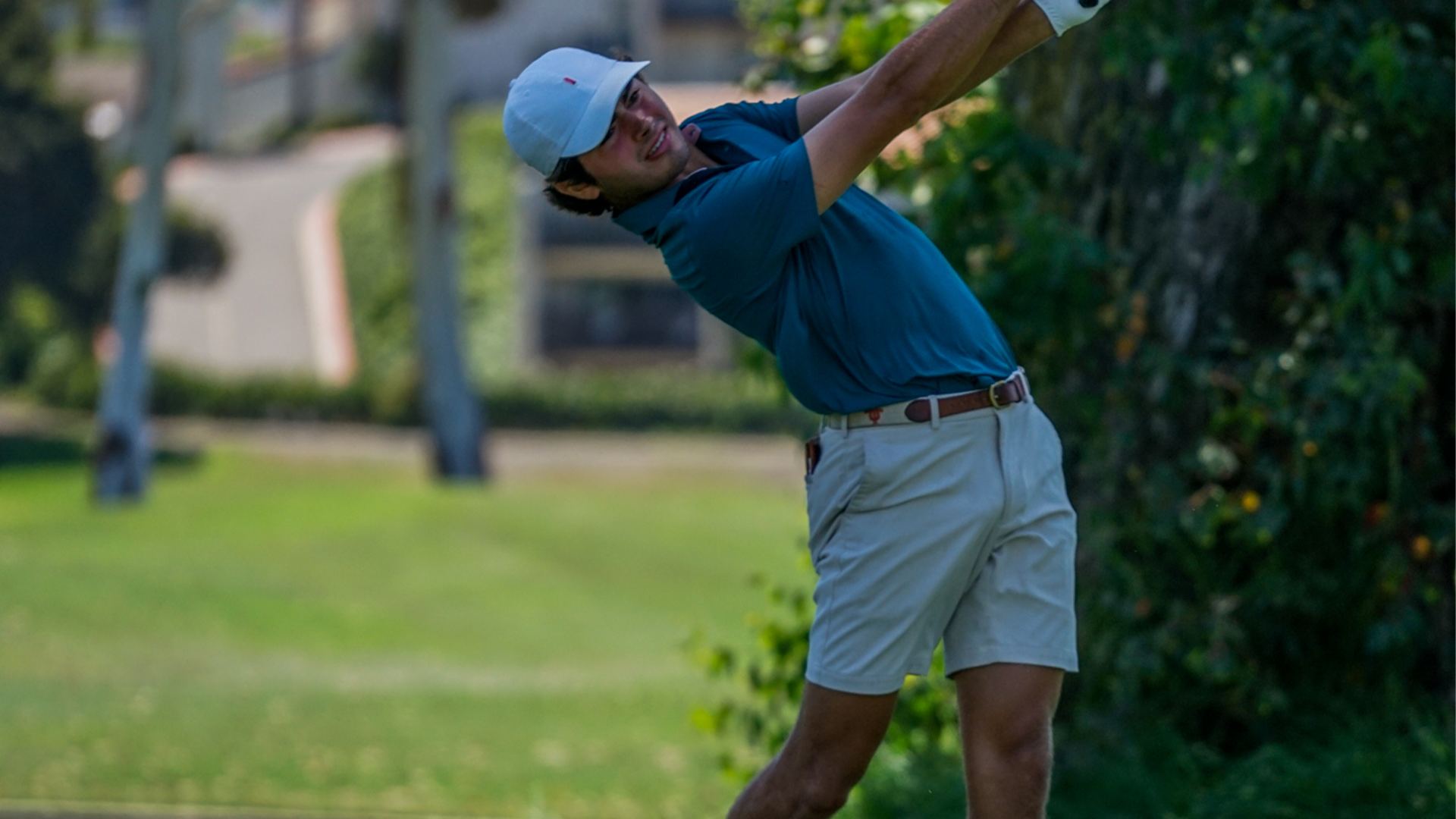 After 36 holes of play on Monday, Jeffrey Zatorski, from the University of Texas, leads The Carlsbad Classic at La Costa part of the GCAA Summer Series, presented by The John T Reis. Foundation.

Zatorski shot 1-under par 71 in the first round, then followed that up with another spectacular card, shooting 6-under 66 in the afternoon (best round of any player on Monday).

“I just hit a lot of good iron shots today and then made a few bad bogeys but was able to make some good putts coming in down the stretch. I just hit it really well today,” said Zatorski after the 36-hole day.

With a two-stroke lead heading into the final round, Zatorski hopes to replicate his Day 1 performance in the third round on Tuesday.

Adrian Soriano, from Saint Leo University, and Shane Muldowney, from UC Davis, are two-strokes behind the leader, both 5-under, T2 after Mondays opening two rounds.

Soriano was leading the tournament for the entire day until the 13th hole in the afternoon, when he mistakenly hit from the wrong tee box, costing him two strokes on the hole. He’d end up double bogeying the 13th and finished the final five holes even par.

“I feel like the good thing there was that I didn’t lose my head and kept myself in it,” said Soriano in his post-round interview.

Soriano began both of his rounds on Monday with a birdie on the first hole, something no other player in the field was able to do.

“It was nice to start off with a one putt. The next round (Round 2) I think I had six one-putts to start the round. It was just good momentum to know that I was playing good and felt good,” said Soriano.

Shane Muldowney birdied the 18th hole in the afternoon which propelled him to 5-under and a tie for second as he made his way into the clubhouse. He shot 4-under 68 in the afternoon after his 1-under par 71 performance in the morning.

“It was a solid day overall. The driver was pretty good all day. My putting started off a little shaky on the first five holes (in the morning) and then I made a nice putt on hole six and kinda got the whole thing going. For the rest of the day, my putting from short was pretty lights out,” said Muldowney after his round.

Muldowney walked the course with two different caddies on Monday. His sister in the first round, and his father in the second round.

“My sister wanted to caddie. She had never done it before so I figured this would be a good one for her in the morning. Of course, my dad, he’s fantastic on the bag as always and we went out and dominated in the second round,” said Muldowney.

Alex Heck, from Saint Leo University, is the only other player in red figures after the opening two rounds. After an even par 72 in the opening round, Heck followed it up with a 1-under 71 in the afternoon.

For the FULL LEADERBOARD and Final Round Pairings of The Carlsbad Classic at La Costa, CLICK HERE.