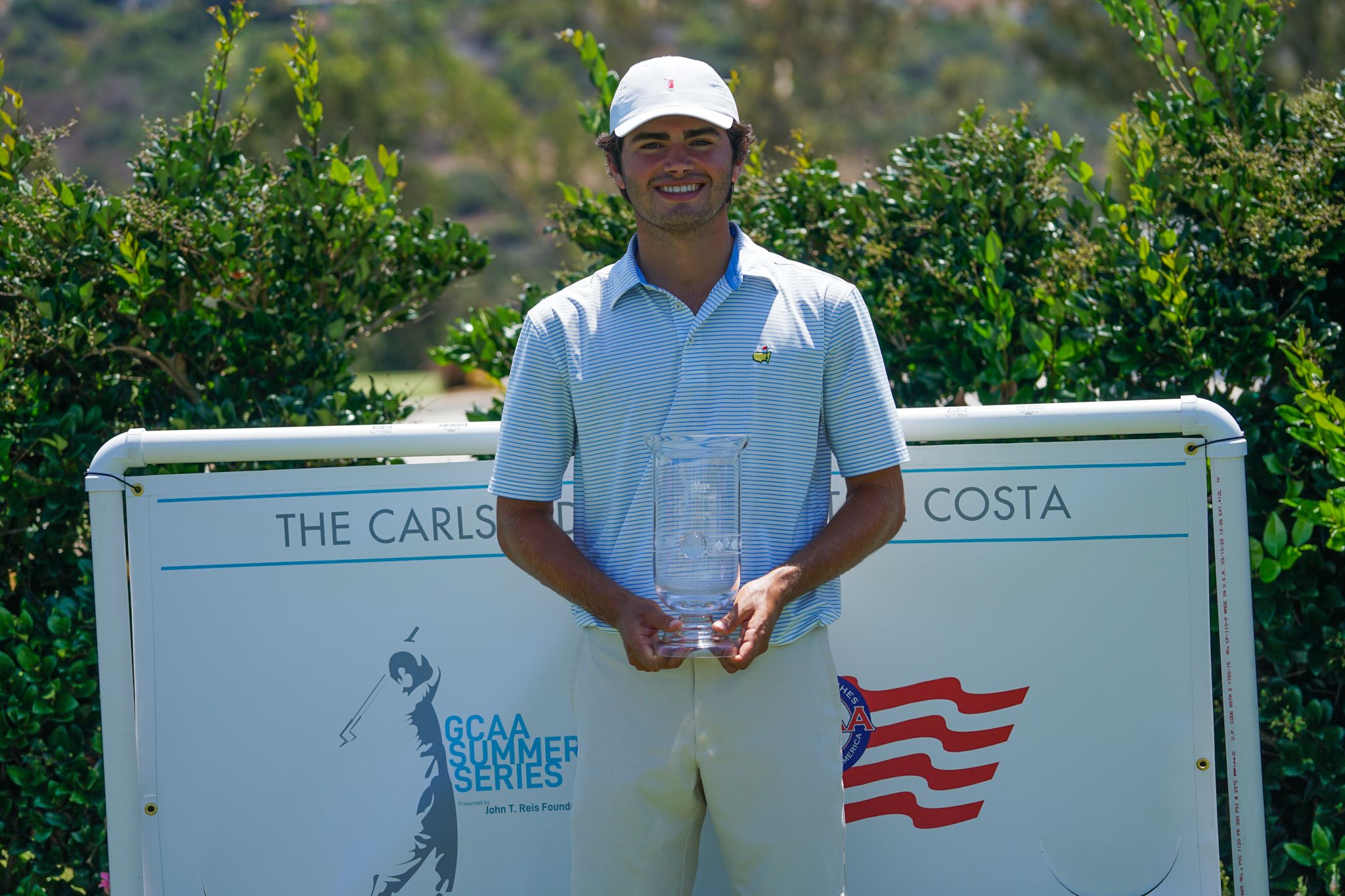 CARLSBAD, CA - Jeffrey Zatorski was crowned the champion of The Carlsbad Classic at La Costa on Tuesday at the Omni La Costa Resort and Spa.. Zatorksi, a rising sophomore from the University of Texas, finished 8-under par after 54 holes of golf.

Zatorski entered the final round on Tuesday with a two-stroke lead over the rest of the field. In the final round, Zatorski shot 1-under par 71 to win by three over Adrian Soriano from Saint Leo University.

“I just hit the ball well and tried to hit a lot of greens. Not do anything too stupid, play conservative and let them (rest of the field) try to make the birdies.”

Zatorski played alongside Soriano and Shane Muldowney from UC Davis in the final group. He found himself in the last group after shooting 6-under 66 in the second round Monday afternoon.

“I hit it really well. The putter wasn’t going this (third) round or the first round but in the second round it got going and just hit it solid.”

The Texas Longhorn is hoping this victory will provide some momentum as the collegiate golf season is just one month away.

“It feels good for sure. Small wins for me but it does feel good. I’m starting to hit it better and if I can get this putter figured out, hopefully I’ll be able to compete with the team.”

Soriano’s teammate from Saint Leo University, Alex Heck, shot 1-under par 71 in the final round to finished tied for third with Muldowney.

The low round of the day was shot by Alex Conley, from Santa Clara. Conley shot a 3-under 69 in the final round, helping propel him to a fifth place finish this week.

For the FULL Final Leaderboard from The Carlsbad Classic at La Costa, visit GolfGenius or CLICK HERE.