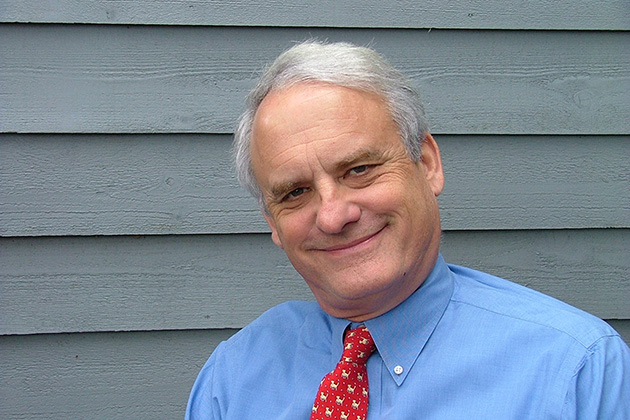 Mac Thayer is the founder and executive director of the Junior Golf Scoreboard (JGS), a website designed to give players, parents and coaches easy access to information on the world of competitive junior golf worldwide.

Thayer attended St. Lawrence University and served as an officer in the United States Navy before returning home to attend Wharton Graduate School. He launched the Junior Golf Scoreboard in 1998 as his son completed his junior golf career before heading to Northwestern to play collegiately.

We recently asked Mac to take us through the how and why for the JGS.

1. Mac, as the individual who came up with the concept of a one stop shop for junior golf schedules and results, take us back to the start of the Junior Golf
Scoreboard. When did you launch the service and what were some of the key decisions, features, relationships that have allowed it to become such a recognized and integral part of junior golf worldwide?

The Junior Golf Scoreboard was launched in 1998 as my son was ending his junior golf career. As a parent, it was frustrating to find information about tournaments. Websites did not exist, and applications were done on paper after you found a contact to mail you one.

The biggest decision we made was to research and find every multiround junior golf tournament in the country and put that information in a database accessible by this thing called the "Internet." That immediately attracted the parents. The first relationships we built were with the AJGA; state golf associations, to promote their state juniors; and college coaches.

After 19 years and lots of word of mouth, we are proud of our role in the world of competitive junior golf, at least here in the U.S. and somewhat in Canada.

2. How did you become involved in the golf industry? Did you play junior or college golf? If yes, where? Were any members of your family competitive players?

I have been a golfer almost all my life but never worked in the industry or played in college. Then I became a "junior golf dad" when my son Christopher took up the game. He is the real golfer in the family having played at Northwestern for Pat Goss, competed in three USGA Amateur Championships, and recently named as Colorado Mid-Am player of the year for the second year in a row.

3. In the last 20 years, participation in elite junior golf has grown significantly both in the U.S. and around the world. Why do you think this has happened, and where do you see junior golf at the highest level going in the next decade?

I wish I could report that the sport has grown significantly over the last 20 years, but it is basically flat. Yes, there was a spike when Tiger went pro in 1997, but participation has leveled off over the last five or six years. We track the number of junior tournaments and the number of competitive rounds played, and they have been the same, certainly in the last three or four years.

However, in all of golf, junior golfers are still the most vibrant part of the industry — better than men golfers and women golfers. Junior golfers are major purchasers of golf equipment. We do a survey that asks "What did you actually buy last year?" and one number we can share is that 70 percent of our players buy a new driver every year.

As for the next decade, I think the sport will be fine. It's an individual sport and will always attract the athlete that likes that more than playing a team sport.

4. The U.S. collegiate golf system for both men and women continues to grow both in quality and numbers. More and more young players from around the world are coming to the U.S. to play collegiately each year? How has this changed over the years? Why do you think U.S. college coaches are recruiting more overseas today?

In the US, girls are not playing golf. We rank approximately 11,000 players as of today, and over 8,500 are boys. Forty-six percent of the roster positions on DI (NCAA Division I) top 50 women's college golf teams are filled by foreign players.
That percentage is much less on the men's side. Why? Because there is a good supply of boys to choose from. Just on the DI women's side, with approximately 300 teams, they need to recruit 600 players a year conservatively. Right now, we are ranking 800 girls in the 2018 class, more than half of whom are not DI recruitable. With only 300-350 to choose from, women DI coaches have to look overseas. The men much less so.

5. The Junior Golf Scoreboard player ranking system is considered the gold standard for junior golf around the world. How did you develop the system, and what are some of the challenges you face with it?

Thanks for the compliment. Yes, we are proud of how we feel the rankings reflect the caliber of player. College coaches had a major hand in helping us develop the system. They were very emphatic about wanting a system based on scoring and some consideration of the caliber of competition.
Probably, we face the same challenges everyone does, nothing is perfect. We really cannot account for weather, so we do not use the worst 25 percent of a player's scores. We feel that pretty much covers bad weather but maybe not perfectly.

6. Over the years, the Junior Golf Scoreboard has grown from a source for results and rankings to include a variety of contributors and coaches talking about all things junior golf, collegiate recruiting, etc. What other types of information do you try and provide for young players and their parents?

Probably the most frequently asked question we get that is not on our website is how does a player navigate through the sport over their junior playing career. The AJGA has a great "map" on their website, and our columnists, John Brooks, Ted Gleason and Nicky Goetze have touched on it

7. What are some of the most common questions you hear from juniors and their parents?

Without a doubt, "When are you going to post the results of my last tournament?" We have a joke in the office that we think players are on their phones pulling up their scores as they leave the parking lot after their last round.

The second-most frequent question is one about "strength of field." Parents often do not understand how that works, but we try to educate them when they call.

8. If you could give one piece of advice to juniors and their parents, what would it be?

Sorry — here are two. First, grades matter. You have to be an academic fit for the school first. Without that, a coach's hands are tied because he has to clear a potential recruit through the admissions office first before making any offer.

Second, play better. Spend the time (and money) to get good instruction and practice. Good scores are the best attention-getter without a doubt. Here's one number we try have them focus on — 31 putts or less per round. More than that, and you will be just one of the crowd.

9. What is next for Mac Thayer and the Junior Golf Scoreboard?

We love what we are doing and so we look to add features and content as often as we can. We also look to collaborate with others, so partnerships are always something we look for.

We are going to be here for a while.