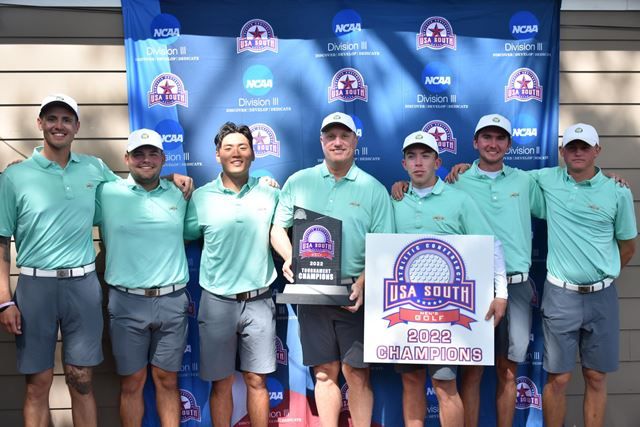 NORMAN, Okla. - Methodist is No.1 for the second-straight Bushnell/Golfweek Division III Coaches Poll after winning their last three tournaments of the regular season, including the 2022 USA South Men’s Golf Championship. The Monarchs received 16 of the possible 17 first-place votes in the process.

Emory received one first-place vote and is No. 2. The Eagles are followed by Huntingdon, Wittenberg, and Babson round out the top five. Carnegie Mellon, Christopher Newport, Illinois Wesleyan, Sewanee: The University of the South, and Mary Hardin-Baylor conclude the top 10.

Newcomer Kenyon College is in at No. 20. See the rest of the top 25 below.