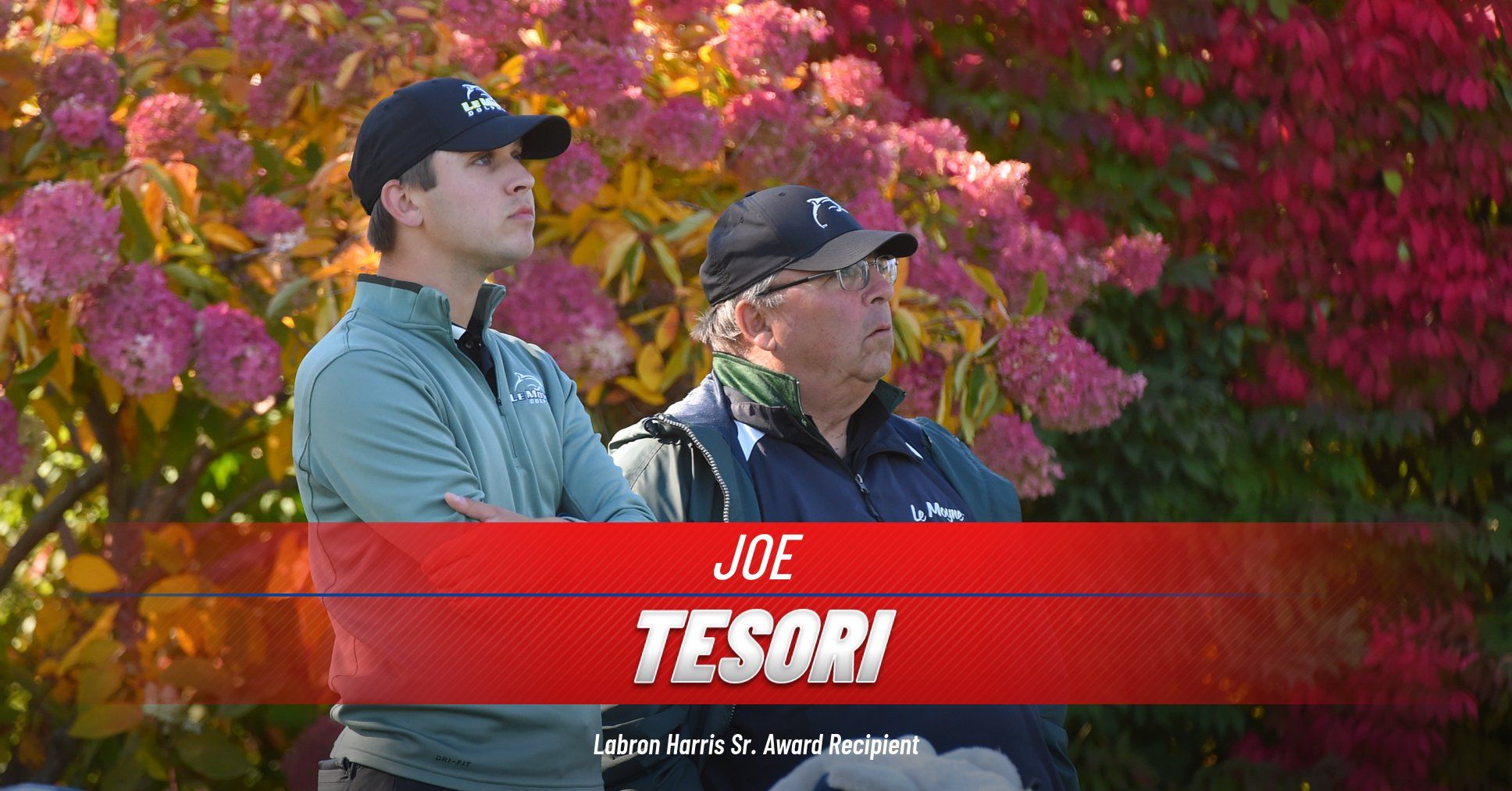 NORMAN, Okla. – Joe Tesori, Head Men's Golf Coach at Le Moyne College and a member of the CNY-PGA section was named winner of the Labron Harris Sr. Award presented by the Golf Coaches Association of America in cooperation with The PGA of America. The Harris Award is presented to the college or high school coach and Class A PGA Professional whose support of the game through teaching, coaching and involvement in the community has helped ensure the continued growth of the game of golf and who represents the finest qualities the game has to offer.

Joe Tesori, PGA the Labron Harris Sr. Award recipient, is in his 14th season at Le Moyne College. During his time at Le Moyne, the Dolphins have been regular participants in the NCAA Regional Tournament, qualifying nine times during his tenure. The Dolphins achieved national recognition by advancing to the National Finals in 2015 (Charlotte, 20th), 2016 (Denver,18th) and in 2017 (Orlando, narrowly missing match play and finishing a school-best 13th).

“I am especially proud to congratulate PGA Members Joe Tesori and Jill Trujillo as the 2020 recipients of the Labron Harris Sr. and Kim Evans Awards,” said PGA Honorary President Suzy Whaley. “Joe was my coach, mentor and friend who guided me to the professional career I have today, and he is an amazing influence on the lives of so many talented players at Le Moyne College. Jill built the University of New Mexico women’s golf program into a collegiate power on the course, in the classroom and in the community. It's an honor to recognize Joe and Jill for all they do for the game, as they receive these two prestigious national college coaching awards from the WGCA and GCAA."

“I’m not usually speechless, but I was humbled and honored,” said Tesori when asked on the awards significance to him.

“We don’t do what we do in this business for awards. We do it for the student-athletes, our players, and the relationships,” continued Tesori. “I immediately thought, what a wonderful thing for Le Moyne College. I thought of all of my current and former players and am so grateful for the chance I have had to coach at my alma mater.”

The Endicott, N.Y. native was a member of the PGA Tour in 1980-81, served as the Head Golf Professional at the Syracuse University-owned Drumlins Golf Club for 28 seasons and is currently the Head Golf Professional at The Pompey Club. Highly respected in the golf arena, Tesori served as president of the CNY-PGA from 1999-2004, was golf columnist for the Syracuse Post Standard from 1988-2010 and co-hosted a weekly radio program on WSYR AM-570 from 1988-1995. The 1971 graduate of Le Moyne was the first Dolphin to qualify for the NCAA Championship (1971-Chico, California), competing against such luminaries as former Vice President Dan Quale, NBC golf commentator Mark Rolfing and former PGA Tour player/legendary CBS analyst Gary McCord.