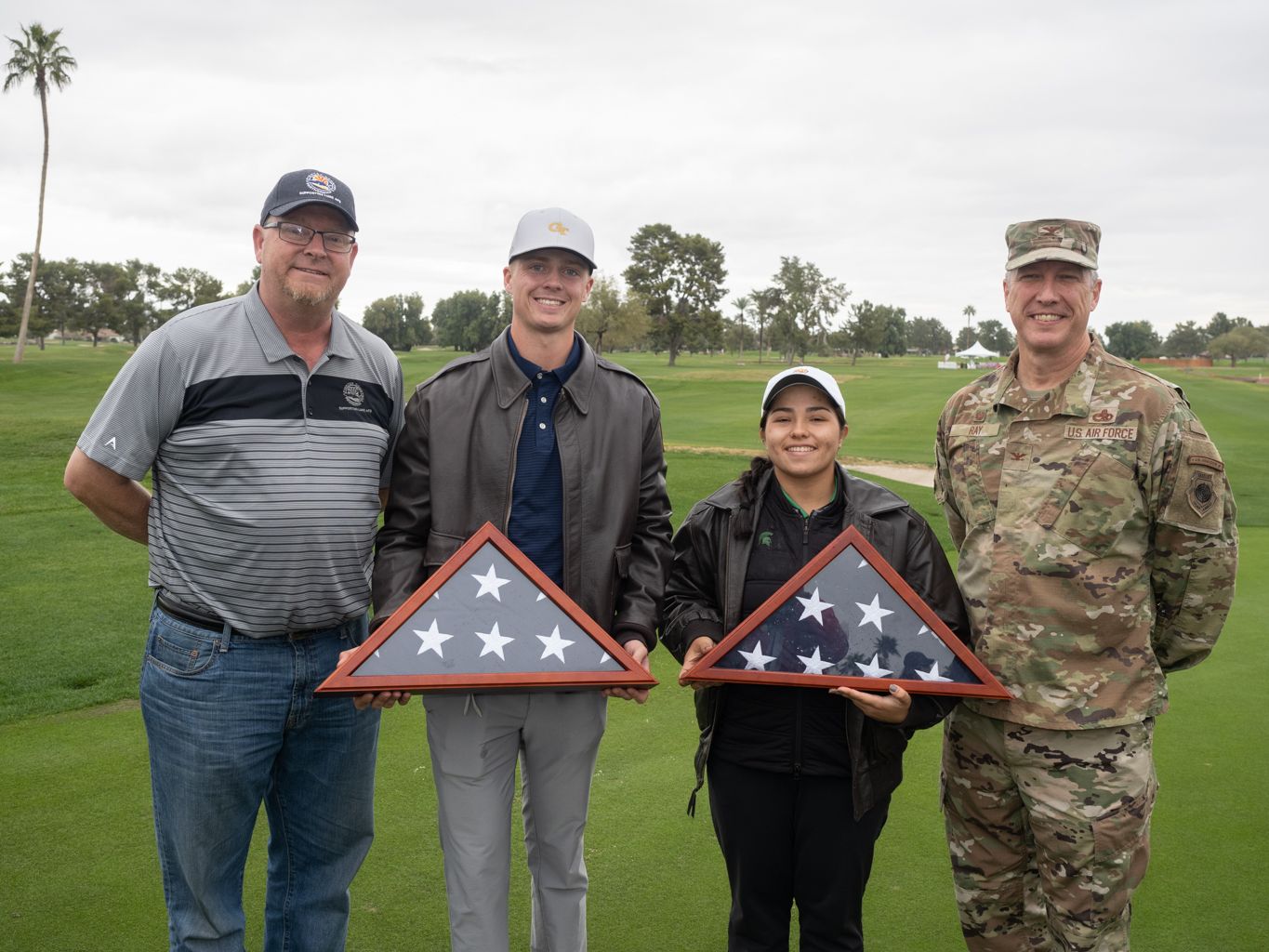 LITCHFIELD PARK, Ariz. – Michigan State senior Valery Plata and Georgia Tech senior Connor Howe went low in Friday’s final round of the 11th annual Patriot All-America to win their respective divisions. Plata birdied 18 for a -4 (66) to finish off a three-shot win at -12 overall on The Wigwam Golf Club Blue Course, while Howe tied the Patriot All-America low round mark of -7 (63) to finish -15 overall on Golf Course, also good for a three-shot victory. View the final leaderboard here.

“I didn’t know where I stood with the rest of the field coming up 18, so I just wanted to give myself a good look and not make any big numbers, and that’s what I did,” said Howe, whose 255-yard albatross on the par-5 10th hole shot him to the top of the leaderboard, part of a -7 (28) back nine. “I knew I needed to get something going – I didn’t know how much – but the albatross really kicked things into gear.”

“It feels really special – I’m just really happy to be able to get it done,” said Plata, a native of Floridablanca, Colombia, and a former Big Ten Player of the Year. “It was a hard day today at the beginning so I’m just happy that things worked out my way today.”

Plata came into the final round tied for the lead, but a double bogey on the par-5 3rd hole of The Wigwam Blue Course dropped her down the leaderboard. She would rebound to make six birdies in her last 15 holes to win the inaugural Women’s Division, three shots clear of Clemson junior Ivy Shepherd at -9. Arizona State sophomore Ashley Menne finished alone in third at -8, with Sabrina Iqbal of TCU, Caley McGinty of Oklahoma State and Natasha Andrea Oon of San Jose State tying for fourth. But no one could catch Plata.

“I was pretty confident on my approach shots,” said Plata. “I wasn’t hitting it all that great, but I hit a couple good ones, and then the putter was rolling in pretty well so I think that helped me a lot.”

Over on The Wigwam Gold Course, Howe made the turn at -8, two shots off the lead, before landing a 3-iron just short of the hole, finding the cup after one hop. He would go on to make five more birdies to finish the back nine at -7, the lowest closing nine in Patriot All-America history.

“I just started putting well – I made some putts on 12 and 13 and I had some good looks at birdie – and I capitalized,” said Howe. “Howe quote.”

Palmer Jackson of Notre Dame shot a second consecutive -3 (67) to finish alone in second at -12 overall. Nick Lyerly of UNC-Greensboro, first round leader Chase Sienkiewicz of Arizona, Mason Andersen of Arizona State and 36-hole leader Hunter Eichhorn of Marquette all tied for third at -11 overall.