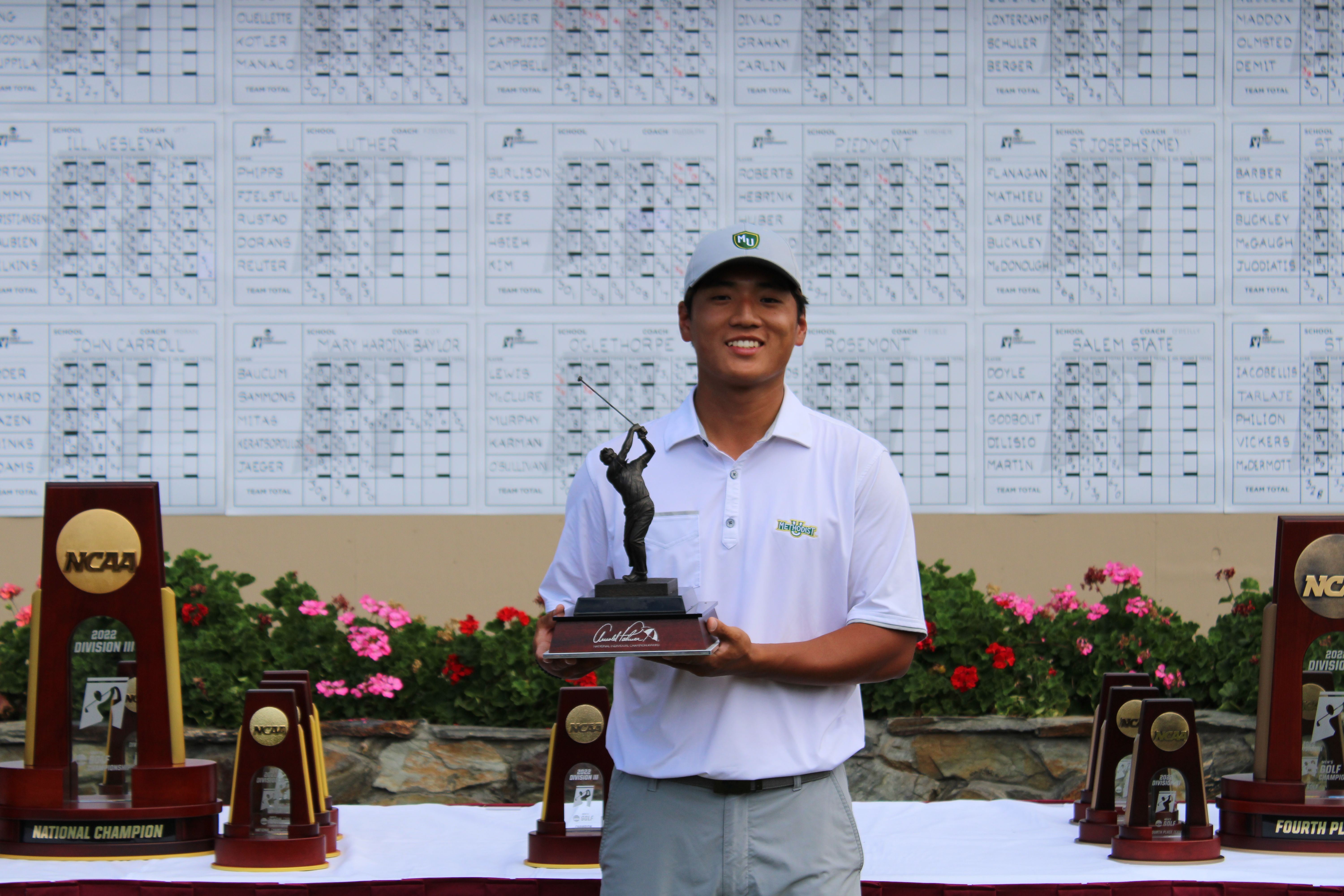 Chi shot a two-under 70 in each of the last three rounds, including the third round to grab the lead for good. He posted identical scores on his front and back nine during the round, with three birdies and two bogeys on each half.

In the fourth and final round, Chi shot a two-under 70 that included a key birdie on 14 to extend his lead back to three strokes after bogeying the 13th. He eagled the 10th hole par-five and carded four birdies on the day. Chi defeated Webster’s Will Hocker by two for the title.

The win was Chi’s second of the season and first since the NCAA Division III Fall Preview in September.