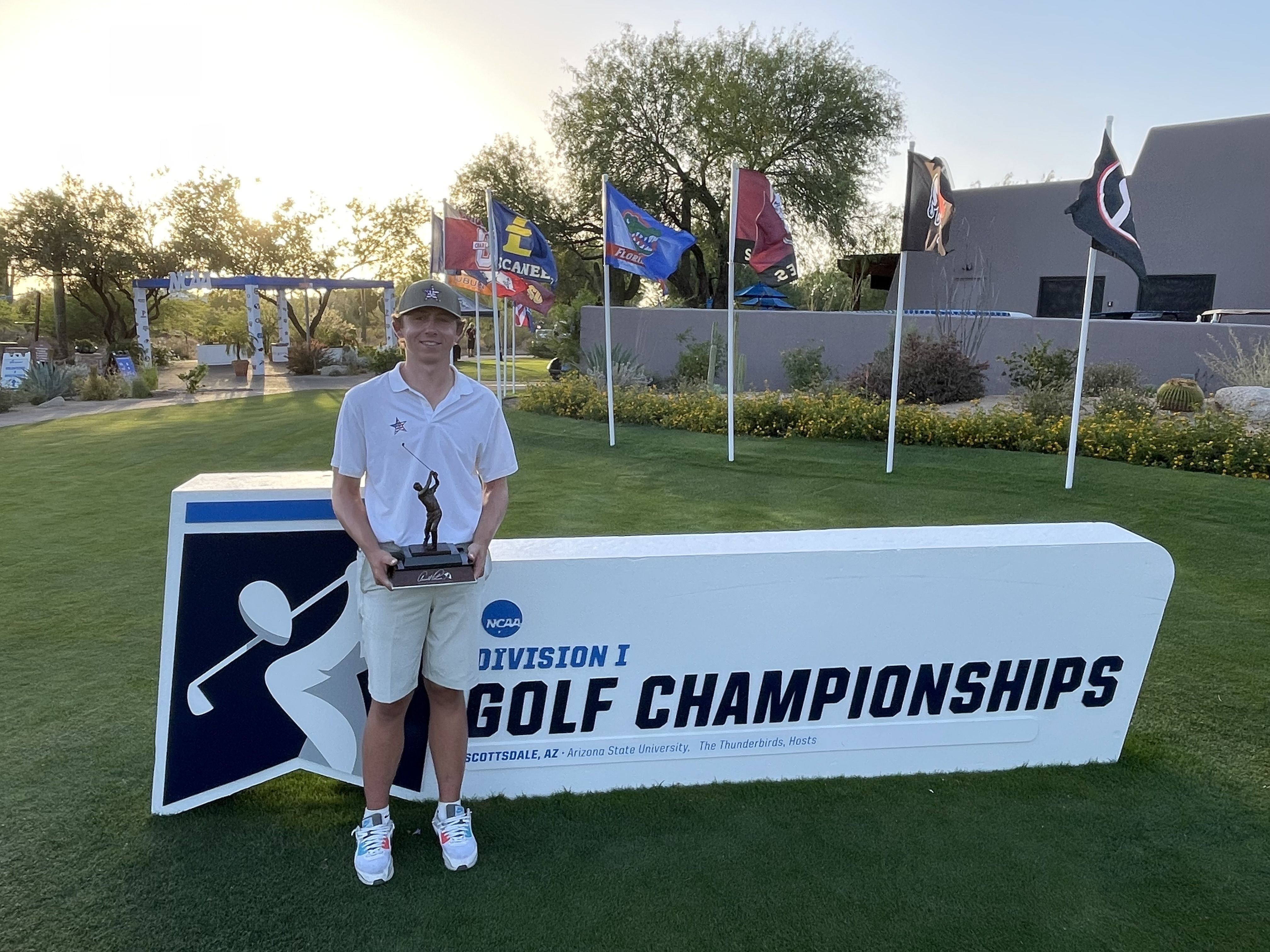 After not making a single birdie in regulation, Sargent birdied the only playoff hole to defeat Ryan Burnett of North Carolina, Parker Coody of Texas, and Eugenio Chacarra of Oklahoma State for the win. Sargent came into the day with a one-shot lead and staved off a four-over 74 final round, along with firm Grayhawk Golf Club greens, to claim the title.

Sargent is the ninth freshman to win the NCAA Division I Individual Title and first since Jamie Lovemark of Southern California did it in 2007.

The win is Sargent’s second of the season, the first coming at the Mossy Oak Collegiate in April.