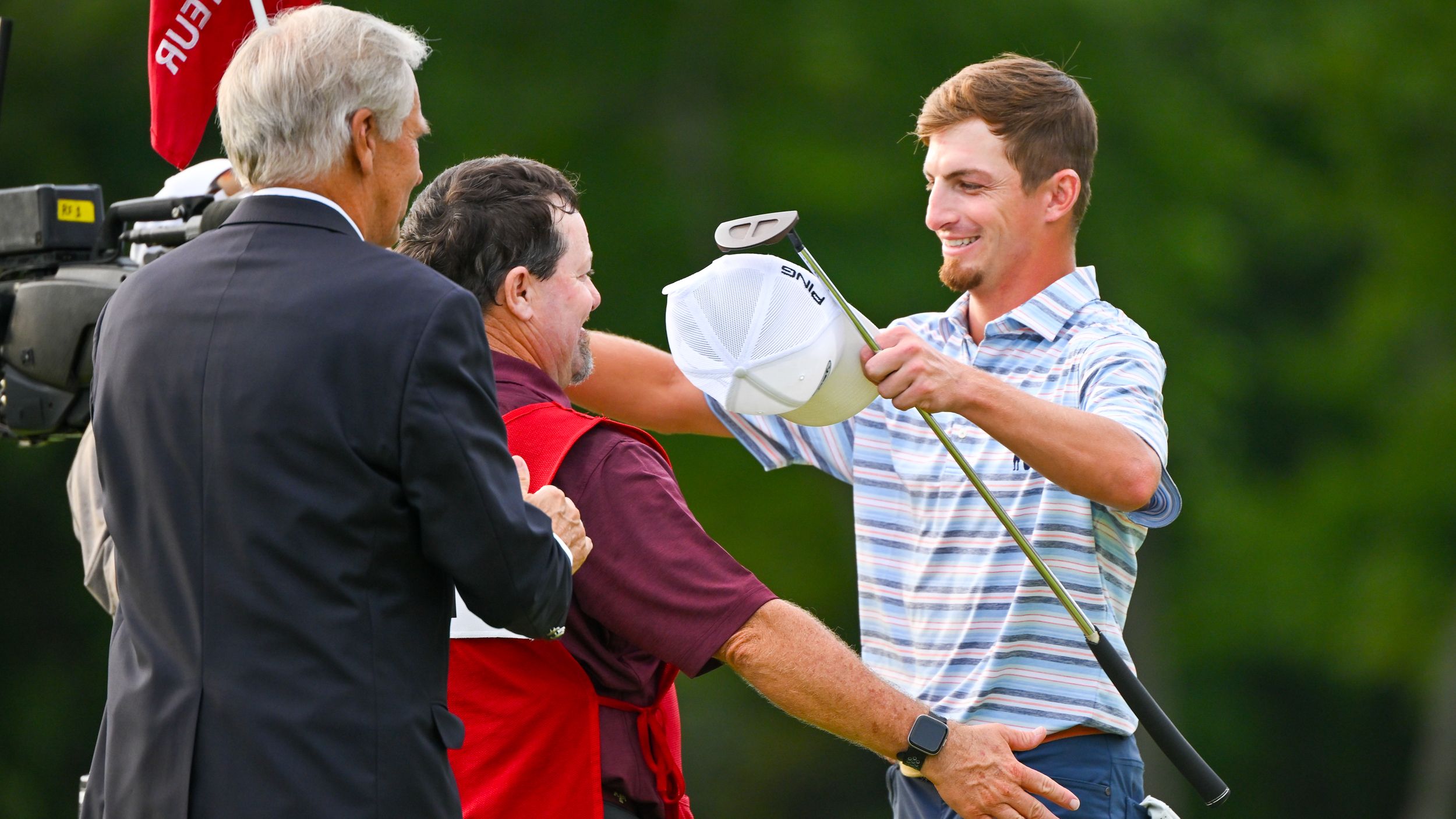 Of the 312 players in the field, 75% were collegiate players.

The Jack Nicklaus Award, which honors the collegiate golfers of the year from NCAA Divisions I, II, and III, NAIA, and NJCAA, had three 2022 winners in the field. A.J. Ewart of Barry, Will Hocker from Webster, and Cecil Belisle from South Mountain competed. 2022 Western Amateur Champion Austin Greaser and 2022 Southern Amateur Champion David Ford, both of North Carolina, and Jiri Zuska of Louisville, who carded top-10s at the Southern and Pacific Coast Amateurs, were in the field.

The 2022 Arnold Palmer Cup, which took place at Golf Club de Genève in Switzerland, was represented by 16 players, including a Round 1 and 2 tee time of Texas Tech's Ludvig Âberg, Gordon Sargent of Vanderbilt, and Stanford's Michael Thorbjornsen. Åberg won the 2022 Ben Hogan Award presented by PNC Bank, Sargent became the first freshman since 2007 to win the NCAA Division I Individual Championship in May, and Thorbjornsen had the highest finish by an amateur at a PGA Tour event since 2016 when he finished fourth at the 2022 Travelers Championship.

Wenyi Ding, who became the first male player from China to win any USGA championship when he won the 2022 U.S. Junior Amateur last month, played. Ding is committed to Arizona State and has one year left before his time in Tempe. 2022 U.S. Junior Amateur finalist Caleb Surratt, who will begin his collegiate golf career this fall at Tennessee, also competed.

Of those that qualified for Match Play (which began in the Round of 64), 56 either were or will be involved in collegiate golf in the 2022 calendar year, including Wichita State assistant coach Josh Gliege, No. 38, who defeated No. 27 and current Virginia standout Pietro Bovari 1UP in the Round of 64.

In the tournament's longest match in four years, Christopher Newport's Alex Price defeated Ding in 23 holes. Price is the first NCAA Division III player to advance to the Round of 32 since 2014.

The Round of 64 saw 17 lower-seeded golfers win their matches, including Purdue's Peyton Snoeberger (No. 64) over Iowa State's Luke Gutschewski (No. 1), and eight matches go to extra holes, the most since 1994.

Bennett defeated Biondi, 6 and 5, on Thursday morning. Price won three of the final five holes against Lamprecht to take their match 1UP. Derek Hitchner of Pepperdine (No. 59) was the lowest seed to advance, while Ole Miss' Hugo Townsend (No. 3) was the highest.

On Thursday afternoon, Bennett defeated Puig, a 2020 and 2021 Arnold Palmer Cup alum, 4 and 2. Price continued his historic run with a 3 and 2 victory over Castillo, becoming only the second DIII golfer to advance as far as the Quarterfinals of the U.S. Amateur. 15-year-old Nicholas Gross, No. 56, became the youngest player to reach the Quarterfinals since 2007 when he defeated No. 8 and incoming Arizona State Sun Devil Luke Potter, 4 and 3. Two matches went to the 19th hole; Georgia Southern's Ben Carr, No. 34, got past South Carolina's Nathan Franks, No. 18, and No. 51 Shea Lague of San Diego State defeated Townsend to advance.

Menante used six birdies en route to his 4 and 3 victory over Gross. Bennett turned the tide on the par-3 6th and never looked back against two-time U.S. Mid-Amateur champion and Southern California alum Stewart Hagestad (No. 21), winning 3 and 2 in 16 holes. Carr was able to manage a late charge by Price to win their match 2 and 1. Hitchner won six holes to help him defeat Lague 3 and 2.

Carr either tied or won the final 10 holes to get past Hitchner 3 and 2, while Bennett defeated his fourth Arnold Palmer Cup alum of the 2022 U.S. Amateur, this time his two-time Team USA teammate Menante, 1UP in a thrilling back-and-forth semifinal. 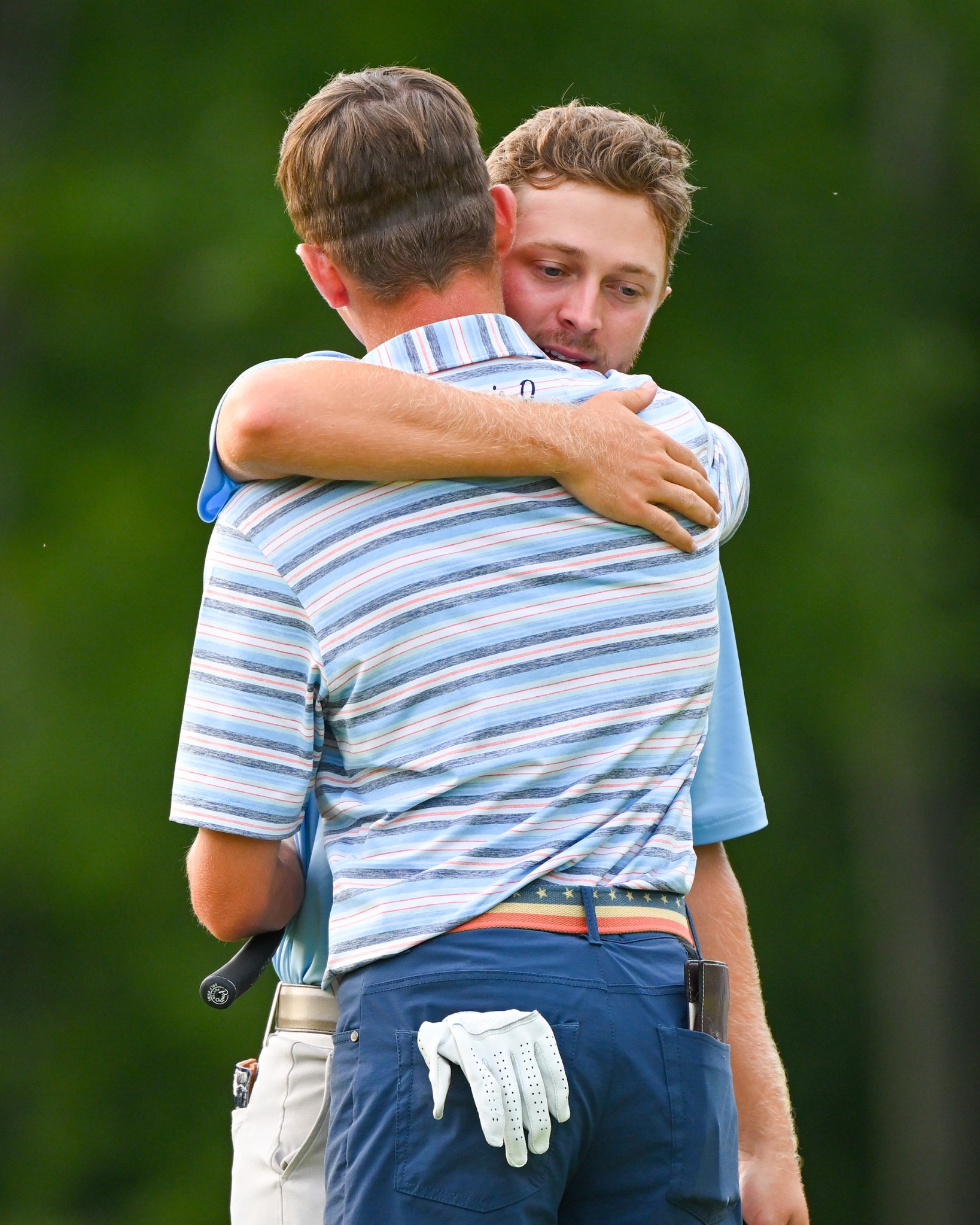 No. 36 Sam Bennett (Texas A&M) defeated No. 34 Ben Carr (Georgia Southern), 1UP, to capture the 122nd U.S. Amateur Championship and Havemeyer Trophy. Both finalists are exempt into the 2023 U.S. Open at The Los Angeles Country Club, though the runner-up must remain an amateur. They also receive likely invitations to the 2023 Masters next April. Bennett also earns an exemption into The Open Championship at Royal Liverpool.

Even after Bennett went 5 Up through the 22nd hole of the match, Carr never gave up. The three-time Srixon/Cleveland Golf All-America Scholar chipped in back-to-back birdies on the 5th and 6th holes (23rd and 24th of the match) to help gather the momentum he needed. He was able to win three more holes with clutch putting and extend the match to the full 36 holes, where Bennett clinched the match with a par. 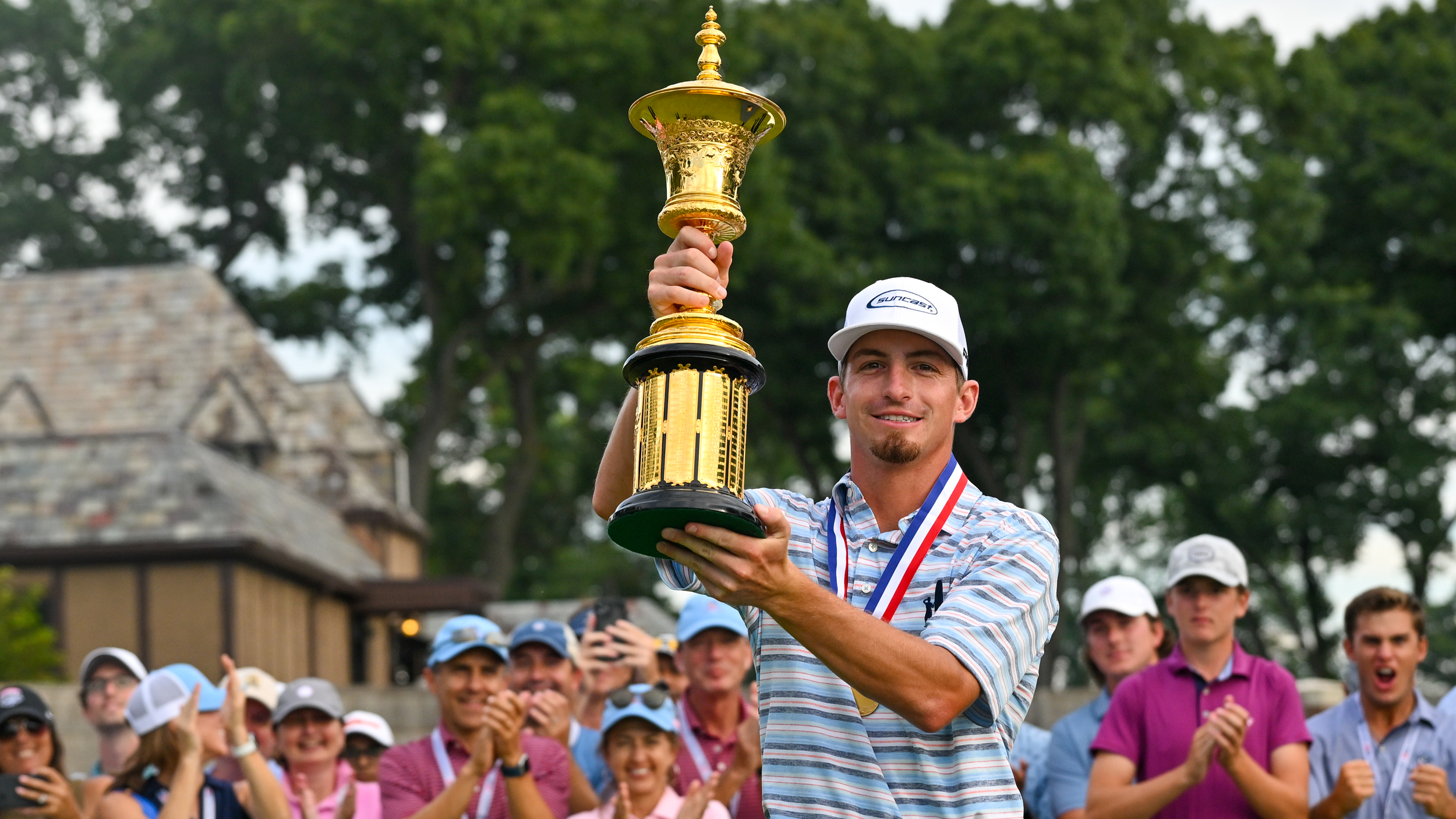