Seminoles, Yaun Lead After Round 1 at Inaugural Folds of Honor Collegiate 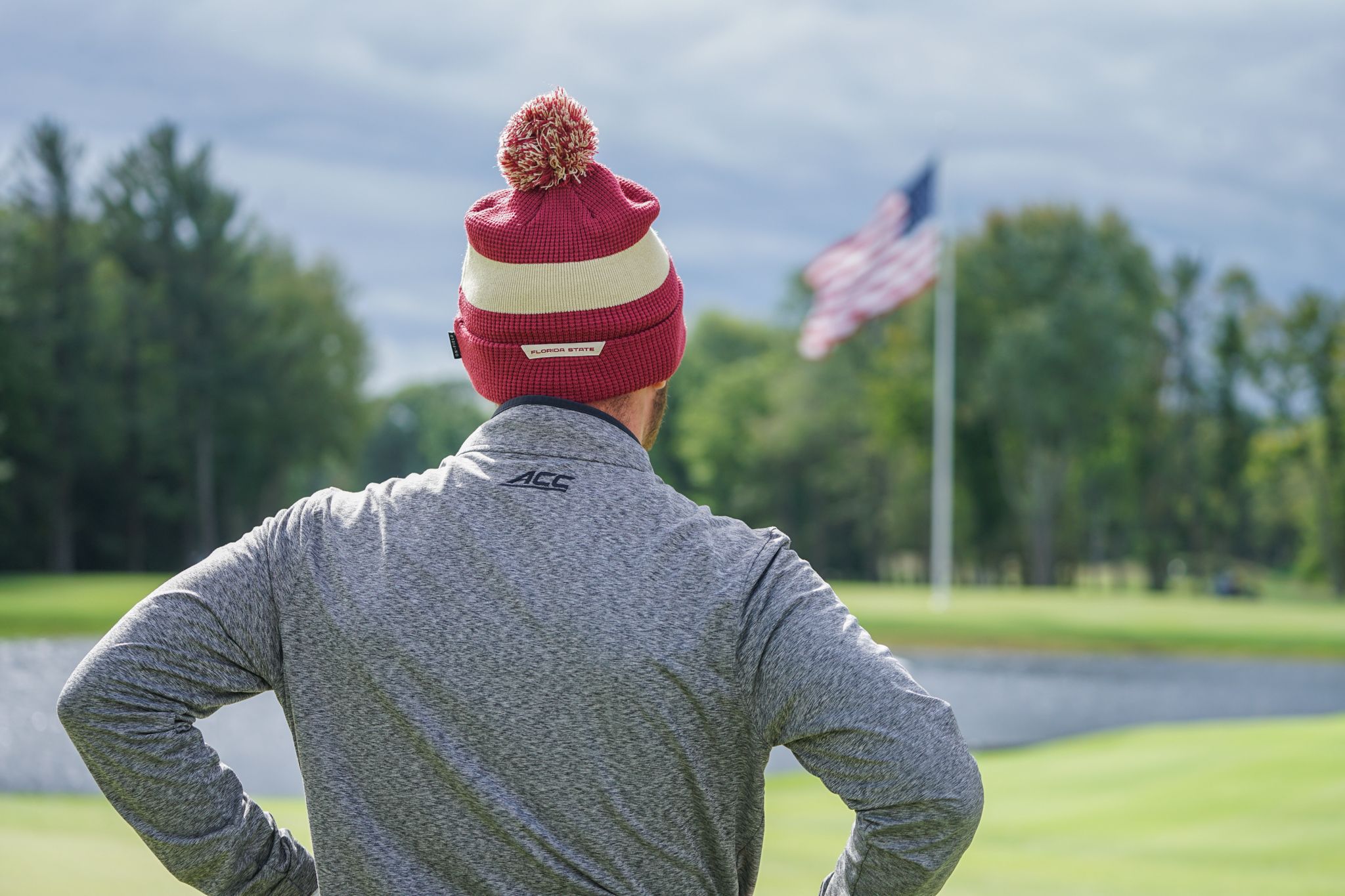 GRAND HAVEN, Mich. - Round 1 of the inaugural Folds of Honor Collegiate took place on Monday at American Dunes Golf Club.

Florida State sits at the top of the team leaderboard, recording a 287 (-1) on a brisk Monday a few hundred yards from the east shore of Lake Michigan.

“Being from Florida, seeing how our guys handle different types of things is a really good thing,” Seminole head coach Trey Jones said of the brisk weather conditions.

With six birdies on the round, including three in his final seven holes, junior Brett Roberts led the way for the Seminoles with a two-under 70.

“Brett is one of the top players in the country, and he’s just getting better and better,” Jones said. “Here’s a great example of a guy from Miami that, as a freshman, would not have embraced this. Today shows his growth to say, ‘hey, this is the way it’s going to be,” and going out and playing really good golf.”

Liberty’s Jonathan Yaun, a second-team All-ASUN conference performer a season ago, leads the player leaderboard after he saved par on 13 holes en route to a three-under 69. The Flames, who had all five golfers compile a score three-over or lower, finished their round three shots off the lead.

“My goal today was to keep the ball flighted down and get the putter going,” said the senior from Minneola, Fla. “I stayed really patient today, playing one shot at a time, and I was really proud of myself.”

After his only bogey of the day happened on the 17th hole, Yaun was able to bounce back on the 18th with a birdie.

“18 was everything today,” he said. “You have to be a warrior in these conditions, but knowing you’re out there playing for more than just yourself was the key for me today.”

Grand Valley State’s Charles DeLong, the 2022 PING NCAA Division II First-Team All-American, is tied with Roberts for second place. The sophomore from Dewitt, Mich., recorded six birdies, including a stretch of four in five holes, to pace his round.

Round 2 of the 2022 Folds of Honor Collegiate will tee off at 9:30 am EST. Follow this link for live-scoring from Golfstat.