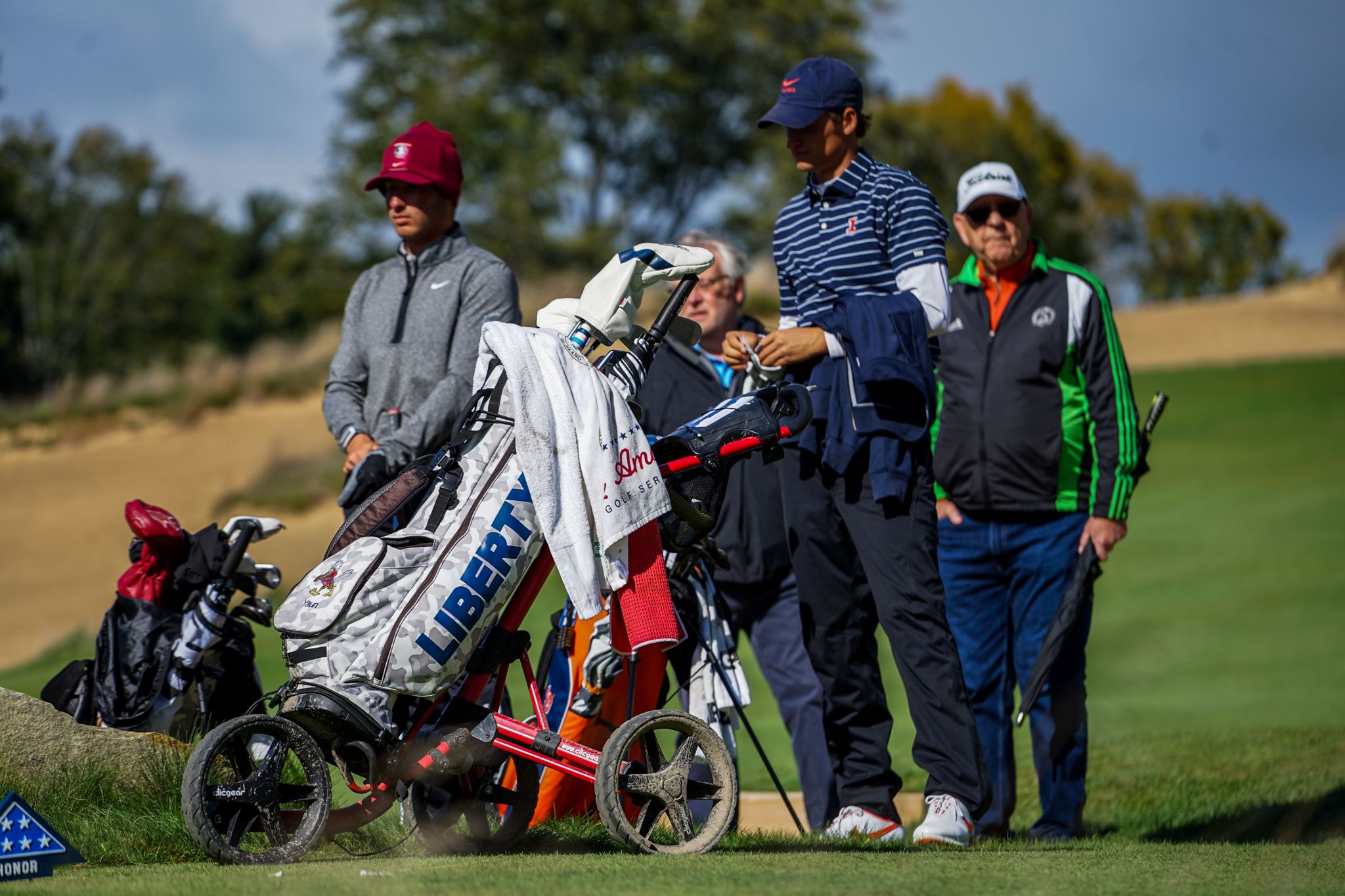 GRAND HAVEN, Mich. - The sun finally shined at American Dunes Golf Club on Tuesday and so did Illinois, shooting -11 to take command of the 2022 Folds of Honor Collegiate.

The Fighting Illini upperclassmen led the way to the lead. Piercen Hunt started strong with two birdies and an eagle on the par-five 2nd hole, Tommy Kuhl recorded four birdies, and Adrien Dumont de Chassart fired birdies on five of his final eight holes, including the 18th, to stay within two shots of the individual lead. Illinois shot 15 strokes better than they did in Round 1.

“At this golf course, you have to put it in the right spots to score well, and that’s what I did,” said Kuhl, the 2022 First-Team All-Big Ten contributor. “We got on it pretty early (as a team) and carried that momentum into the back nine to finish well.”

Florida State’s Brett Roberts and Liberty’s Jonathan Yaun closed the second round tied for the individual lead at -6. Roberts recorded an eagle on the 553-yard 6th hole en route to a round of 68, and Yaun eagled the 2nd hole to begin his three-under 69.

“I hit the ball really well today,” Roberts said. “I made a couple of clutch putts, had some good up-and-downs, and kept the ball in position to make some birdies.”

Six schools compiled lower rounds than they did in Round 1, including Arizona, Kansas, NC State, UCLA, Eastern Michigan, and Virginia Union, who improved by 15 strokes in their first event of the 2022-23 season.

The final round of the 2022 Folds of Honor Collegiate will tee off at 8:30 am EST. Follow this link for live-scoring from Golfstat.