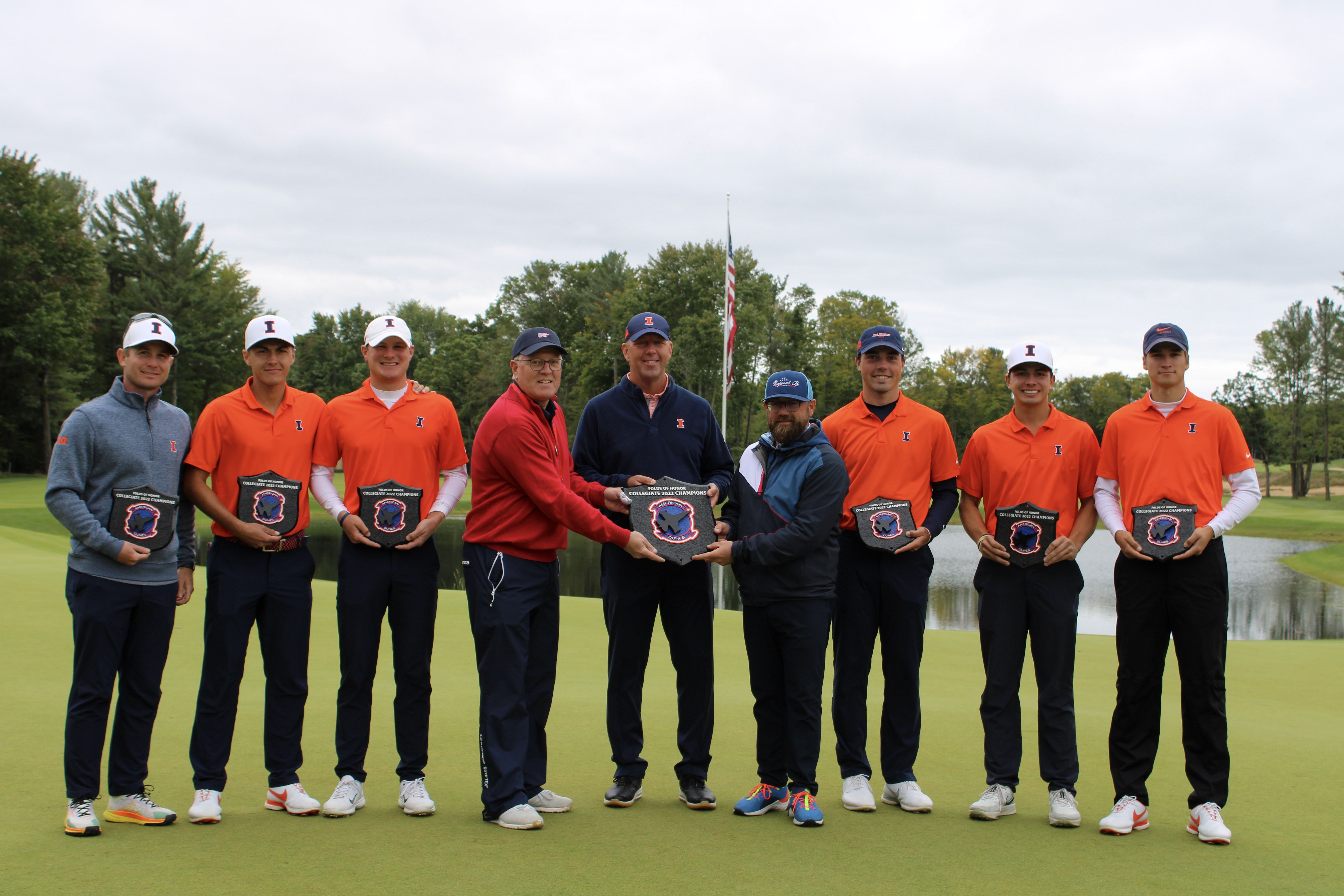 Final Results via Golfstat can be found HERE

GRAND HAVEN, Mich. - Illinois took the team lead in Round 2 and never looked back in the 2022 Folds of Honor Collegiate, winning by 15 strokes on Wednesday at American Dunes Golf Club. The Fighting Illini fired 11 birdies on the front nine to help keep top-three finishers Arizona and Florida State at distance.

“When you have a lead like that, you want to come out and expand on it on the first nine holes,” Illinois head coach Mike Small said. “We did that and are off on the right foot to start the season.”

Small and his program echoed throughout the week what this tournament represents.

“When you have an event that you think and believe will be around for a long time with a lot of heritage, you want to be the first winner,” he said. “We talked about that this week and that was a goal of ours.”

Sophomore Jackson Buchanan was outside of the top 10 entering the final round but compiled five birdies and an eagle on the 594-yard 13th hole to finish T3 with his teammate Adrien Dumont de Chassart.

Liberty’s Jonathan Yaun defeated NC State’s Maximilian Steinlechner on the second playoff hole to win medalist honors. The Minneola, Fla., native chipped in from the back fringe of the 10th green to grab the title, the second win of his career.

“I’ve been waiting a long time for a win, and through all of the ups and downs I’ve had in my game, for it to happen at a place like this and in these types of conditions makes it probably the biggest win of my career so far,” he said. “To know that I can play in a playoff and compete against the best players in the world means everything.”

It was the birdie putt on the 8th hole, his 17th of the day, and a par putt on 9 that Yaun knew he had a chance at victory.

“It was very special to make that par putt,” he said about his final putt in regulation. “I knew it would be close, but I stayed patient even through the trophy ceremony and played for God and Country.”

Arizona’s Chase Sienkiewicz eagled the 519-yard 2nd hole and birdied five of his final 13 holes to card a five-under final round and finish T8. The 2022 Second Team All-PAC-12 member’s 67 is a course record.