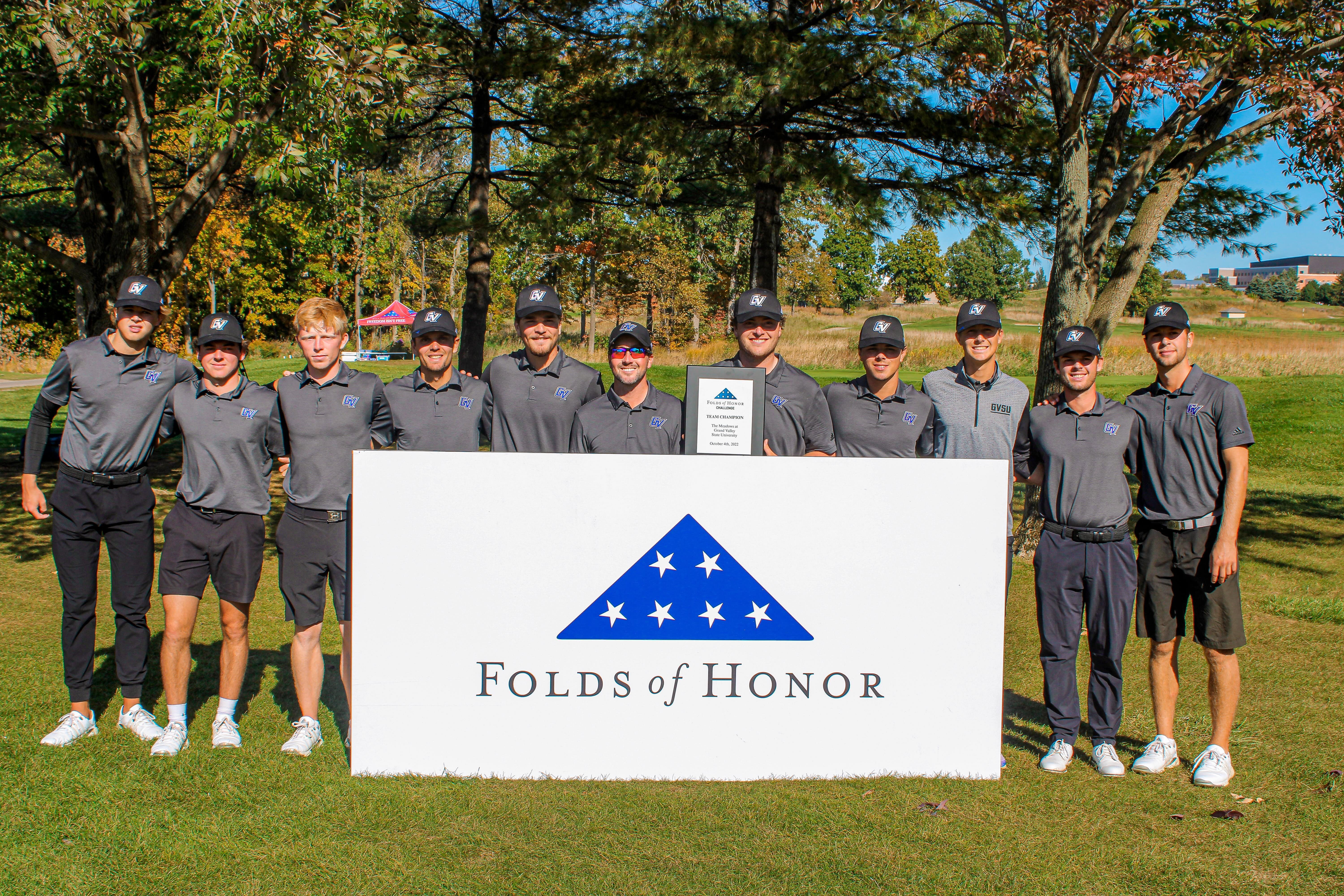 ALLENDALE, Mich. - Grand Valley State finishes the 2022 Folds of Honor Challenge at The Meadows Golf Club under par and victorious, two results that got out of their grasp at last week’s Folds of Honor Collegiate.

“Getting the chance to compete against some of the best Division I teams in the country is a huge deal for us,” Grand Valley State head coach Gary Bissell said. “We were eager to get back and this means the world to us.”

2022 GLIAC Player of the Year and PING First-Team All-American Charles DeLong led individually wire-to-wire and won his second tournament of the season and eighth overall.

“Playing in the Folds of Honor Collegiate was really special and that fueled us to really want to win this week and get back there next year,” DeLong, who finished T14 last week at American Dunes Golf Club, echoed. “I kept to myself going into this week and we got a taste of what last week meant.”

“It’s a testament to what we’re building here,” said DeLong. “We have multiple players that can win on any week. When you have that much depth, it takes a little pressure off of everyone, which allows everyone to play better.”

Krueger saw the importance of his play this week.

“I personally came up a little shorter than I wanted to last week, so I wanted to give ourselves a chance to compete again next year,” the Spring Lake, Mich., native, said.

Today’s Final-Round results can be found at this link.

About The Meadows Golf Club