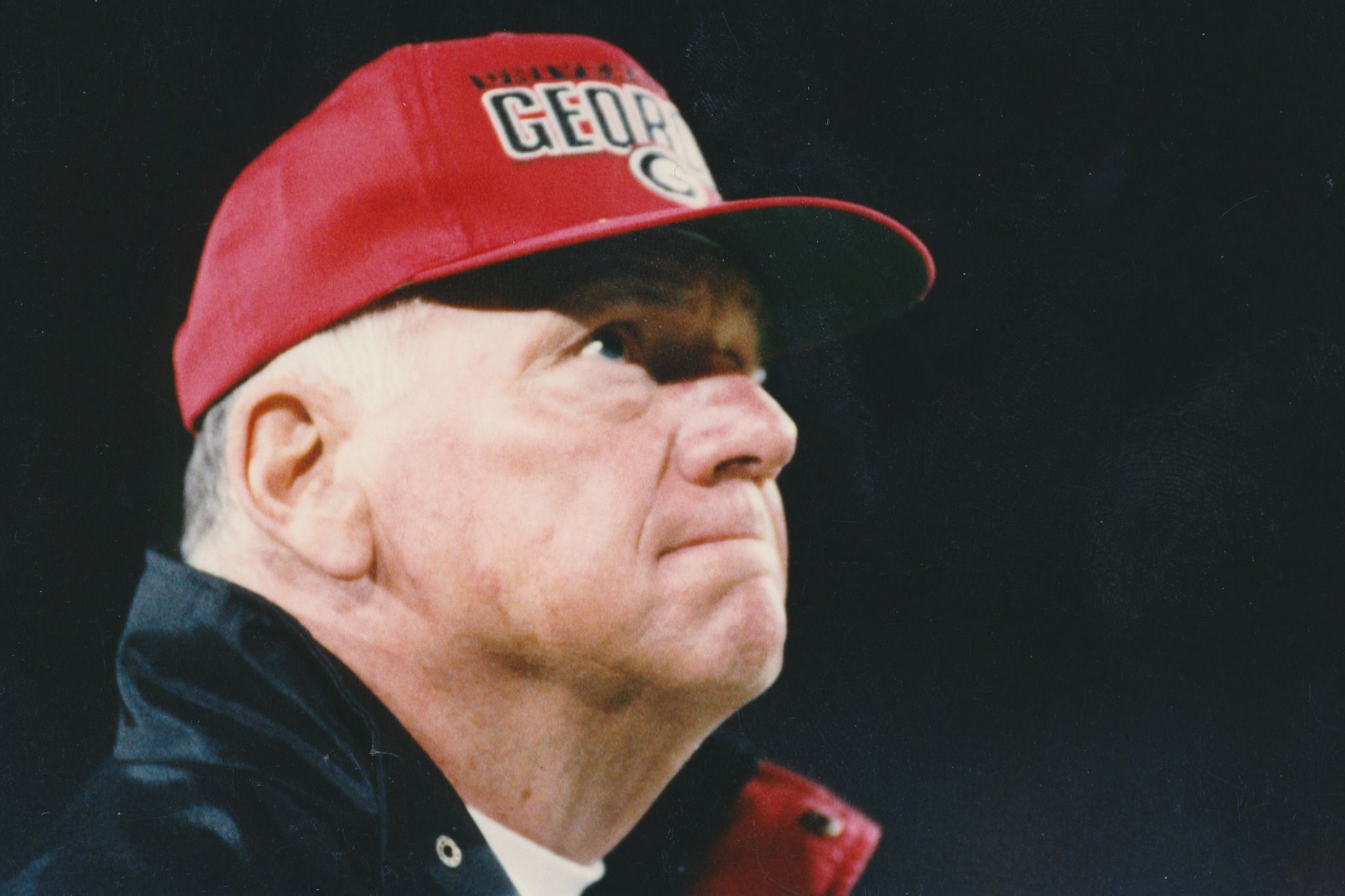 In 25 seasons as golf coach, Copas led the Bulldogs to 17 NCAA Championship appearances, including 10 top-10 finishes. Copas' 1978 Bulldogs placed second at the NCAAs, the program's highest finish at that time. Copas also guided the Bulldogs to seven Southeastern Conference titles.

There may not be anyone who wore more hats during his career at Georgia—but Copas wore them all and wore them well.

Copas arrived in Athens in 1964 as the head trainer for the Bulldogs' rookie head football coach, Vince Dooley. Over the next few years, Copas added the roles of academic counselor and athletic dorm supervisor — meaning he spent critical hours with impressionable student-athletes in several different arenas. Following a Georgia win over Florida in football, the Bulldogs presented Copas with a game ball, with one player saying, "He never gets the credit he deserves, but I don't know of anyone who isn't a friend of Mr. Copas."

In 1970, Copas was named Georgia's golf coach, succeeding Howell Hollis, who had coached the Bulldogs for 25 seasons. Said Dooley, who became Georgia's Athletic Director in 1979, "Dick followed a legendary golf coach, but he created a legend of his own."

31 of Copas' Bulldogs were named All-Americans, while 61 garnered All-SEC honors. He coached some of the most decorated players in school and college history, including Danny Yates, Chip Beck, Peter Persons, Griff Moody, Matt Peterson, Paul Claxton, and Franklin Langham. 17 of his players went on to play on the PGA Tour.

The award for the Bulldogs' most valuable player in golf is named in Copas' honor. The Athletic Association also annually presents a leadership award named for Copas.

He stepped down as the Bulldogs' coach following the 1996 season, and in 1998, his stature among the Georgia family was confirmed as he was named the Athletic Association's Employee of the Year. He was inducted into the UGA Circle of Honor in 2006.