Norman, Okla.- Golfers Austin Eckroat, Will Thomson, Matthew Wolff, and Norman Xiong, along with head coach Jeff Roope of Wittenberg University, will represent the United States at the TOYOTA Junior Golf World Cup supported by JAL at Chuyko Golf Club’s Ishino Course in Toyota City, Japan. Team USA - which is supported by Nike Golf - has won the tournament five times since its inception in 1992 but has failed to claim the team title since 2005. The USA team finished fourth last year.

Roope, in his 9th season as head coach at Wittenberg, has advanced his teams to NCAA Division III Championship Tournaments in six straight years starting in 2010. He has been North Coast Athletic Conference Coach of the Year five times, and was also named Great Lakes Region Coach of the Year in 2014. Roope’s players have won the NCAC’s Bob Nye Award as the conference’s individual medalist six straight years, with Craig Osterbrock becoming the program’s first All-American in nearly 20 years with back-to-back awards in 2010 and 2011, followed by David Wetterich in 2012, and Alex Andrews in 2013. In 2014, Andrews, John Chaney and Ben Hoenkamp made the list, and in 2015, Andrews and Chaney were honored nationally. Roope has previously worked as Assistant Tournament Director with the Florida State Golf Association and as Assistant Caddiemaster at Muirfield Village Golf Club. A member of the GCAA All-America Committee, he is also former chair of the Great Lakes Regional Advisory Committee to the NCAA Division III men’s golf selection committee.
“I am extremely honored to have been selected to coach the Junior World Cup team for the United States,” said Roope. “The chance to represent my country in such a competition is a once in a lifetime opportunity and I could not be more excited. The opportunity to coach and collaborate with some of the best young talent in the United States is equally unique and a chance I’m looking forward to as much as the competition. What an amazing year to be part of international competition! With the Olympics and Ryder Cup being played in 2016, the interest in golf around the world might never be higher. I'm so excited to just play a small part in growing the game around the globe.”

Eckroat was the first and only freshman in Oklahoma history to be the Class 6A Individual State Champion. He was named to the 2015 AJGA Rolex All-America Second Team. He was the 2015 Scott Robertson Memorial Champion and broke the competitive course and tournament records with an 8-under 63 in the second round. Eckroat also broke the 54-hole championship scoring record at the 2015 Scott Robertson Memorial by four strokes. He was the 2015 Oklahoma Junior Amateur Champion and won his US Amateur Local Qualifier. Eckroat had a thrid-place finish at the 2015 AJGA Ping Invitational. “Being selected to represent the Red, White, & Blue is the greatest honor. I am looking forward to playing some great golf in Japan,” Eckroat said.

Thomson was named a Second Team Rolex Junior All-American for the 2015 AJGA season. He won the 2015 AJGA Chateau Elan Junior All-Star. In 2014, Thomson became the youngest ever qualifier in the history of the U.S. Amateur. He won the 2014 International Junior Masters and was the youngest champion in the 62-year history of the event. He also repeated as New York State Boys Amateur Champion in 2014 with a 21-stroke victory. “It is a great honor for me to have been selected to represent my country in the Junior Golf World Cup. I’m excited to be part of the team and to travel internationally to compete with the best junior golfers in the world,” said Thomson.

Wolff was the 2014 & 2015 Toyota Tour Cup Championship winner at Sandpiper Golf Club. He collected victories from the Toyota Tour Cup at River Ridge Golf Club, Olivas Links Golf Club, and Alisal River Course in 2014. He was also the champion at the AJGA JAS at Tanglewood Park Championship Golf Course. Wolff has been named to the 2015 Wyndham Cup West Team, 2015 SCPGA Challenge Cup Team, and the 2014 & 2015 SCPGA All Southern California Team. He received the 2015 SCPGA Curtis Cup Award, 2014 SCPGA Ralph Miller Award, and was named 2014 Toyota Tour Cup Player of the Year. He was a part of Westlake High School’s 2014 & 2015 State Championship teams. “It is extremely humbling being selected out of so many amazing junior golfers in the USA. It’s going to be a challenge playing in a foreign country but I’m looking forward to competing and showcasing my talents against all the top junior golfers from around the world,” Wolff said.

Xiong was the 2014 & 2015 Toyota Tour Cup Champion at The Golf Club of La Quinta. He also collected wins from the 2015 Toyota Tour Cup at Saboba Springs and Morongo Legends Courses. Xiong was the 2014 Toyota Tour Cup winner at Red Hawk Temecula. In 2014, Xiong had AJGA tournament wins at Mill River Foundation, Sunriver Bend, and Nike JAS Invitational at Pumpkin Ridge Golf Club. He received selections to the 2015 Wyndham Cup West Team, 2015 SCPGA Challenge Cup Team, and was named a 2014 & 2015 AJGA 2nd Team All American, and 2014 Gary Gilcrest AJGA All American. He is the winner of the 2015 SCPGA Ralph Miller Award and 2014 SCPGA Curtis Cup Award. He was also a 2015 Southern California High School Champion. “It's an honor to be selected as one of the few to represent the USA in such a world class event,” Xiong says.

The Junior Golf World Cup, which follows a four-players-count-three scores format, will consist of four rounds played June 14-17. The TOYOTA Junior Golf World Cup 2016 Supported by JAL is the world’s only junior golf championship in which national teams, winners of regional qualifiers held across 6 continents and participated by more than 60 national squads, compete for the world champion trophy. 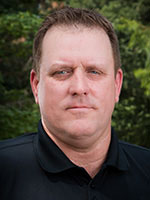 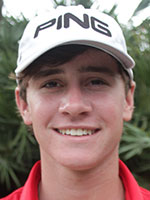 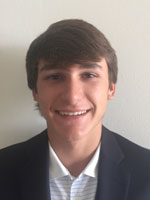 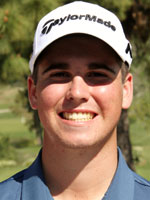 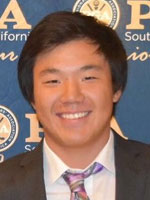