This week we sat down with Matthias Schwab, a senior collegiate golfer at Vanderbilt University, to discuss his upcoming exemption to the PGA TOUR's Arnold Palmer Invitational, the 2017 NCAA Championship at Rich Harvest Farms, and more.

Schwab, born in Austria, came to the U.S. to pursue degrees in German and European Studies along with furthering his golf career. He currently ranks 4th in the World Amateur Golf Ranking and leads the highly ranked Commodore golf team. Schwab represented Austria on Team Europe in the Arnold Palmer Cup last June at Formby Golf Club in England, as well as at the 2015 event at Rich Harvest Farms outside Chicago. He was selected by the players from both Team Europe and Team USA to represent the Arnold Palmer Cup by playing in next week’s Arnold Palmer Invitational in Orlando.

Q: Last year you led Team Europe to an impressive victory over Team USA at the Arnold Palmer Cup at Formby - what was it like to lead those guys and what did you learn from that experience?

Last year’s Arnold Palmer Cup was a great experience with a lot of wonderful memories. We were a group of great players and characters and together with our captains we managed to find a way to beat the Americans. Every player and captain did a great job and contributed to the win. I think that with my experience from my first Arnold Palmer Cup in 2015 I was able to take advantage of what I learned there and I had this little extra motivation to win it for Europe in 2016.

Players from both teams select one player from the winning team to receive the exemption. The pick is based on who each player thought best represents the Arnold Palmer legacy and I was thrilled that so many players from both teams thought that I would be a good fit. After we clinched the match I was notified that I would be the recipient of the exemptions and ever since I have been looking forward to mid-March for the tournament to come around.

Q: How do you plan on continuing Arnold Palmer’s legacy?

I will continue doing what I am doing, which is being humble and thankful for the opportunity that the game of golf has given me. I will try my best to act and behave in a respectful and responsible way and always keep a smile on my face.

Q: Coming up in the Arnold Palmer Invitational, you are going to have the opportunity to play alongside some of the game’s greats. What will it be like to play with guys like Bubba Watson and Rory McIlroy?

Playing alongside the game’s greatest is one of the thrilling parts of this experience. I have watched many of the players in the field on TV and now I am excited to get to play with them and hopefully learn and get better. There are also a few players in the field with whom I used to play junior golf, so it will be great getting out there with them again.

Q: You've had some experience playing in European Tour professional events, but this will be your first PGA TOUR event. Do you expect any different pressure at Bay Hill than you have experienced previously?

I don’t expect any different pressure at Bay Hill than what I have experienced in the European Tour starts. I think that I will be just as nervous on the first tee as at any other event and then just go from there and stick to my plan. In the end, I have nothing to lose and I am trying to gain as much experience as possible out of this tournament.

I have been a member of the Austrian national team for over ten years and I have represented Austria in many European and World Championships. It never gets old, it’s always an honor and privilege to play for my country, especially since there are not that many Austrian Golfers out there on tour. Unfortunately Bernd Wiesberger is not playing in the Arnold Palmer Invitational, so I’ll be the only Austrian in the field.

Q: You played the Arnold Palmer Cup at Rich Harvest Farms in 2015, how do you think your experience with the course will help you with the NCAA Championships coming up in May?

Having played Rich Harvest Farms in the 2015 Arnold Palmer Cup is invaluable for me and might give me a little head start over most of the field. I think I’ve played six rounds out there already and have good course notes and a plan. The course is a little tricky and any extra preparation you get is a bonus. 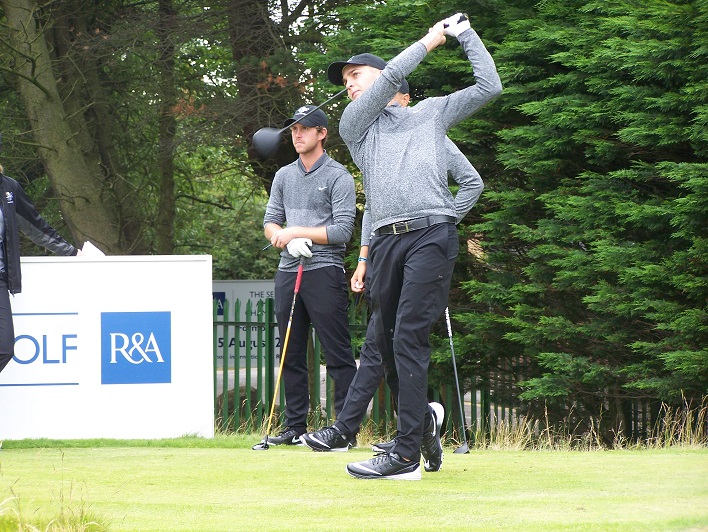